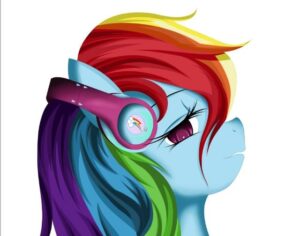 A lot of rumors have been flying around that Apple is in talks with Jimmy Iovine and Dr. Dre, co-founders of the trendy Beats Electronics headphones and streaming music service for an estimated $3.2 billion.

Sounds like a good match to me. It’s all about style when it comes to Apple and Beats headphones definitely have style. But it’s also about streaming.

Roughly a decade ago Apple launched the iPod and the iStore and most folks thought they were pretty cool, but now the pundits are beginning to say that the days of digital downloads is ending, the new cool is streaming. And that may be the prize Apple is looking for.

Of course there is also the question about what’s going to happen with Beats Electronics arrangement with HP who builds Beats audio into their laptops.

“Lost amid the buzz about Apple’s potential acquisition of Beats Electronics is Beat’s long-standing partnership with another major technology company, HP. Hewlett-Packard directly competes with Apple in the competitive laptop and desktop computer market, and for several years, nearly all its mainstream and high-end PCs have featured Beats Audio technology and Beats branding.

“Should Beats Electronics become part of the Apple mothership, it’s hard to imagine Apple would allow the HP partnership to continue. That could be a blow to HP, as its Beats branding is one of the few unique bullet points the company can point to in a line of PCs that are perfectly fine, but generally lack sizzle or standout features,” said Dan Ackerman in a CNET article.

I’m not so sure that Apple is going to pull the plug on HP’s deal with Beats. (At least not for a while, if ever.) Assuming that Apple isn’t buying the company just for the colorful headphones (they could easily design and sell colorful headphones of their own and people would buy them) they are more interested in the streaming service. And the trick with monthly services is to get as many subscribers as possible. Apple wouldn’t really care how subscribers sign on or what device they are using. Sure they would love to have everyone using an Apple product to access the service but I think this is one of the few cases where Apple might just decide to play nice for a change.

Besides, it’s not like HP is dominating the laptop market these days.