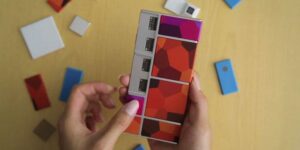 Recently Charles King and I entered into a debate on Google’s Project Ara (you can see the debate at 1World).  He argued that it was brain dead stupid and I argued that it would transform smartphones into something far more magical and personal than the iPhone could ever be.

I was stronger on data but his arguments were more compelling and he won two points to my one for those assessing this debate. Neither one of use pulled any punches. But if you look under the numbers it showcases the problem with doing something very different like Project Ara.

You need someone like Steve Jobs to get excited about the differences and choices that a modular product could provide, otherwise they’ll just see the problems and avoid the product.

Any change has advantages and disadvantages and if buyers see more of the former the product succeeds; the latter, the product fails. Right now, based on this debate, I think folks are more set to see the negatives than the positives.  But I could say the same thing about the iPhone and the iPad which is how I get to the Steve Jobs solution.

What makes these products somewhat unique in the market is that folks were negative about the concepts that surrounded them prior to launch.  MP3 players were priced around $200 and not selling well by companies other than Apple when the near $500 iPod launched.

You couldn’t give screen phones away because folks favored the keyboards on the Blackberry and Palm before the iPhone launched, and even Steve Jobs had said tablets were stupid before the iPad launched. To make each of these products successful required someone to convince us to see them as different as we thought they were and a modular phone is even more problematic than the iProducts were.

Problems of a Modular Phone

The three major problems with a modular design that we start off with are initial expense is typically hither, the device itself is more complex than and not as attractive as an integrated design, and reliability will likely suffer.  You can build a set product cheaper, you can give it cleaner lines, and you can certainly make it more robust because stuff isn’t designed to fall apart. And, of course, it will look very different.

Advantages of a Modular Design

The user can more easily customize it making it uniquely theirs, broken parts are more easily and cheaply replaced (ever broken a screen or wanted another battery?), the device can be more easily enhanced (larger batteries, better lenses, better screens), the product is more flexible (card readers, infra-red cameras, integration into other things like cars), and the product is greener and safer (because you don’t trade the entire phone in every two years).  This last benefit should also make it cheaper long term saving the carrier money which they will likely pass down to you in reduced service charges in a competitive market.   In short you can more easily design a phone for your own unique needs and taste.

Google Doesn’t Have The DNA

If you look at Google’s Android execution it has largely been improvements on the iPhone for less money provided in more places.  In short they are riding heavily on Steve Jobs’ coat tails and, other than Google Search, they haven’t yet shown the ability to bring a market leading product to market like Jobs’ Apple did and this part is critical to the success of something like Ara because folks need to see the device for what it could be not for the unique problems it will have.

It also needs to be cool looking, and given their work so far with Google Glass so far, making something attractive doesn’t appear to be in Google’s DNA either. Sadly while I actually think Ara could be cool, I doubt (given the lack of compelling new products out of Apple since Jobs) that even Apple has the skills needed to make a product like Ara successful. Google has never had these skills and thus Ara, as cool as it might have been, will likely fail. (If you want more on the positives and negatives Ara check here).