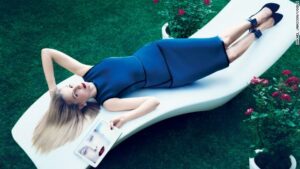 Yahoo has been popping up in the news recently with a slew of acquisitions, products, new roll-outs and changes. Most of it tied directly to Marissa Mayer, their relatively new (two-years) CEO. Most of the moves credited to her have been looked upon favorably by the general public and tech press. And you could say that investors are reasonably pleased, judging by the doubling of their stock price since Mayer took control of the flagging company. But the question remains, are all these changes happening in the right places?

According to an article titled ‘Marissa’s moment of truth’ appearing on Fortune Magazine’s website written by Jessi Hempel, the real problems at Yahoo haven’t been addressed yet and time is running out.

As Hempel says, “Mayer can acquire all kinds of cool technology and generate buzz with video programming, but none of that will solve her biggest problem: Yahoo’s advertising business — which generates roughly four-fifths of its sales — is a mess. Yahoo’s share of the global market for digital-ad spending has continued to shrink, while Google maintains a strong lead and Facebook shows impressive growth, according to EMarketer.”

When you look at Yahoo’s competition in the digital advertising space you have to admit that Hempel makes a good point. Twitter’s acquisition of MoPub and their recent roll-out of on- and off-site advertising to mobile devices is probably going to turn out to be a major player in the digital advertising world going forward. Obviously, as Hempel mentions, Google and Facebook aren’t slowing down either. It seems like they’ve got new advertising options popping up on a daily basis.

One of the problems Yahoo faces while trying to shore up their cash cow is that their competition continues to grow their user bases and leverage those people to build their advertising businesses. Other than the 1996 launch of Yahoo Japan and their 24% of the Chinese Internet company Alibaba, Yahoo has been going in the other direction – shedding users faster than they can bring new ones on board.

They’ve also got a long way to go on the digital advertising technology side of things where programmatic purchasing and automated bidding, real-time marketing, retargeting, in-app advertising, and so on.

In order to make things work Yahoo is going to have to make some serious changes.

Amazon’s hardware strategy: whatever it takes