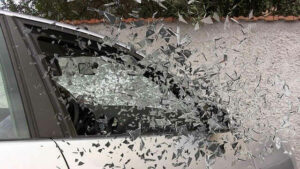 Car accidents and on-road mishaps in New Hampshire often involve the most cautious drivers. Anyone can get involved in an auto accident, and it is important to take appropriate steps to protect one’s right to seek compensation by filing an injury claim. New Hampshire is a tort state. If you sustained injuries because of the other side’s reckless driving or fault, you could sue them for compensation. In such circumstances, it is always wise to consult a New Hampshire injury attorney to know the scope and worth of your lawsuit. Here are some aspects worth knowing.

The statute of limitations

In every state, there is a statute of limitations that sets a time limit to file an injury lawsuit. For car accident lawsuits in New Hampshire, the deadline is three years. If you lost a loved one in the accident and need to file a wrongful death lawsuit, you have to do so within the same time limit of three years. However, it is best to take immediate action because gathering valuable data and contacting witnesses could be much harder later.

Let’s say that you were given $100,000 in a settlement for your accident claim. However, you were also found to be 40% at fault. In such circumstances, New Hampshire courts will follow the modified comparative fault rule. You can only sue the other party if you are less at fault than them. Also, your settlement will be lower, corresponding to your fault share. In the above example, while you can get a settlement for your claim, the eventual compensation would be $60,000.

It is known that insurance companies don’t care for claimants. The claims adjuster will do what it takes to minimize the settlement. The first offer from the insurance company would be way less than you deserve. It is wise to get a car accident lawyer on board to handle the case and its complications. Lawyers know bad faith insurance tactics and would do everything possible to fetch a higher settlement. While most car accident claims in NH are settled amicably without any courtroom action, there are exceptions. You should look for a lawyer who doesn’t mind going to trial and has worked on similar car accident lawsuits.

Most lawyers in NH take a contingency fee for car accident claims, which is beneficial for clients. Don’t shy from asking for a review of your case.