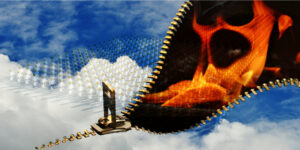 The 2016 election is at hand, and with such a controversial and surprising election season, it’s no wonder why people are concerned about the accuracy and reliability of our election systems. There are many types of voter fraud, including interfering with the public’s ability to vote, miscounting votes, and casting votes on behalf of the recently deceased. The biggest focal point of debate and concern, however, seems to be the use of electronic voting machines. Critics accuse electronic voting machines of being easy targets for hackers and others with malicious intent, while proponents argue it’s more accurate and reliable than hand-counting votes.

Where does the truth lie? How secure and reliable are our electronic voting machines?

The first thing you need to realize is that most voting machines—especially older varieties—are technically “hackable.” It’s possible for skilled programmers to tap into the machines and alter the votes—in fact, some extremely old models (like WinVote, which were only recently discontinued) can be exploited with only a minimal amount of technical expertise. Most voting machines these days still run Windows XP, a system that Microsoft hasn’t introduced any security updates for since 2014. While security and monitoring systems are in place for many polling stations, the possibility of fraud is a legitimate reality for any location using outdated technology.

The even more unsettling reality is how many places are still using old, vulnerable systems. Despite major advancements in potential voting technology, firewalls, and other security methods, there’s no standard for machine replacement, so thousands of locations across the country are using machines that are years—or sometimes more than a decade old.

Right now, over a dozen states in the country have no auditing process for their voting machines whatsoever. The term “audit trail” can actually refer to a number of different processes, such as digital systems that log specific information or a system that prints out paper receipts of all votes so both voters and poll workers can verify that all votes were recorded and counted accurately. A paper audit trail wouldn’t necessarily solve every problem with machine-based voting, but it would go a long way in securing the legitimacy and reliability of the overall system.

One of the biggest problems here is that there isn’t a uniform standard for voting machines. There is no national oversight on what qualifies a machine as being “reliable,” other than professional programmers experimenting with how easy it is to get inside a machine. The replacement rates of machines, audit trails, and security methods are all left to regional decision-making, and as a result, every polling place in the United States may offer a different level of reliability.

This problem alone doesn’t imply that your vote won’t be counted or that all voting machines are vulnerable to rogue hackers, but it does illustrate a fundamental vulnerability that needs to be corrected.

If we want our votes to be counted more securely and more reliably, we need to take action to enforce more consistent security across the board. It may be too late for the 2016 election, but with the right changes in place, we could correct the glaring security issues in our election within the next few years. These are just some of the things that have to happen to make that a reality:

With these new security standards in place, we would have a more easily verifiable, reliable method to collect, count, and report votes from the American population. It’s impossible to roll out immediately and requires technical insights from a number of experts, but it’s the only way we’re going to fix the holes in our system moving forward.

Tips and Advice for Launching Your Tech Startup