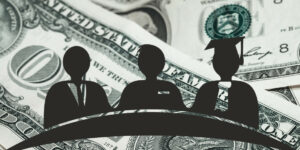 Lord Sugar, star of The Apprentice, makes a big play on the fact he started out as a market trader in the East End of London before becoming Britain’s best-known businessman. The founder of Amstrad didn’t need a computer science degree to spot an opportunity, yet if he had gone to university his business acumen would have told him that a science-based subject or engineering would have given him best value for money. Either that or he could have read a recent study by Voucherbox into an issue that has become even more important considering the amount of debt now being accrued by students.

Working on the basis that more time is spent in the seminar room and the lab studying for a subject like Biology than Arts or Languages, Voucherbox has measured the respective values of different degree subjects and concludes that students on scientific or engineering courses get three times more for their money than an arts-based subjects than say Theatre Studies or History.

Irrespective of their choice of course, three or four years spent studying in a classroom or stuck in a library might seem like a waste of valuable selling time to would-be entrepreneurs who could be out there selling their ideas to the world instead. But while there are many examples, like Lord Sugar, who have made it on their own without a qualification to their name, there are still others who have taken the longer route on the rags to riches journey and packed their bags and gone to university.

Given the findings of Voucherbox, it is perhaps a little surprising that the Arts accounts for 9 percent of the degrees studied by business billionaires, according to research by Approved Index which places the arts brigade third behind Business and Engineering. With 22 percent, Engineering comes on top with nearly twice the number of graduate entrepreneurs as its nearest rival.

Lastminute.com founder Martha Lane Fox is a notable alumnus of Oxford University, graduating from Magdalen College with a Bachelor of Arts degree in ancient and modern history.

While Oxford and Cambridge University have had more than their fair share of millionaire graduates, the University of Birmingham is where the highest number of self-made millionaires can be found – 84 per cent of its super-rich graduates became wealthy on their own, according to an article in The Daily Mail. Michael Acton Smith, founder of kids entertainment company Mind Candy – the creators of global kids phenomenon Moshi Monsters – was educated there and now finds himself in City AM’s top 20 list of UK entrepreneurs.

As for engineering, perhaps the most famous graduate is Mexico’s business magnate Carlos Slim, a civil engineer by education. Slim’s investments may have been badly hit by Donald Trump’s shock US presidential election but he was once regarded as the world’s richest person between 2010-2013. In 2016, despite falling to fourth in the Forbes Rich List, he was worth an estimated $46 billion. Slim pickings indeed!

The Jaguar I-Pace: Tesla Is Screwed

The Evolution of the Private Jet