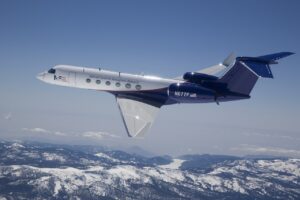 With a reputation for being the go-to travel mode for the wealthy and privileged, private jets have had a place in society as a mode of transport that is luxurious, desirable and unobtainable for the everyday person. From its humble beginnings in 1963 when the first ever private jet took flight, the private jet has really come a long way, with recent developments making it less exclusive than ever before, here’s a brief look back at the evolution of the private jet:

A huge era for the private jet, the seventies was when it really took off. Many of the most famous models including the Falcon 50 and the LearJet 25/28 were created in this decade and set the precedent for the standard of private jets going forwards as a mode of transport for the wealthy. Airports began creating dedicated areas for those with private jets, increasing the sense of exclusivity surrounding them whilst designers began developing faster and more streamlined jets in response the demand.

The purpose of the private jet extended in this period from a celeb mode of transport to an essential emergency vehicle. Many celebrities own some of the most impressive private jets in the world, for example those owned by celebs like John Travolta, Oprah Winfrey and Bill Gates regularly get news coverage as a result of their extravagant jets. But private jets are used for many purposes now, like transporting organs for urgent surgery and freight hauling. They have an advantage over commercial airlines as they are much quicker and don’t have to stick to a rigid flight schedule, they also can land at significant number of airports which commercial airlines can’t meaning that ultimately they can get to the desired destination faster and closer than using a commercial flight. As a result, they’ve become a much more popular choice for businesses executives to use in the past decade.

In the previous decade the private jet has grown more than ever before with companies like Vista Jet making it more accessible to all. Using their services, businesses can benefit from the use of a private jet for business journeys without having to waste their time hanging around in departure lounges. With business travel by private jet now more popular than ever before it’s a must for those companies who really want to impress their clients with the ultimate in luxury, privacy and convenience when hosting meetings or business trips.

With the private jet becoming less exclusive but still as impressive, it’s well worth considering it as an option for your business today.

Grad All Over – How Degrees Can Make You Rich

How Can Technology Help You to cut Down Your Business Outgoings?