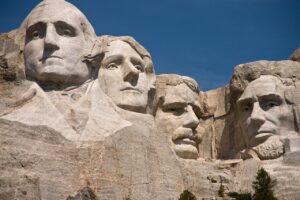 Did you know that procrastination could be costing you tens of thousands of dollars? Being productive and decisive in your life may lead to more benefits that you might imagine. We should aim to learn from the best of the best – the leaders of our nation.

Sitting in the White House and making decisions that involve multiple world leaders, and that have a direct impact on hundreds of millions of American citizens, is something that no person is necessarily prepared to tackle. It’s no understatement to say that in order to success in office, individuals have to cultivate specific skillsets that help them manage all of the challenges that come across the President’s desk.

Over the course of their terms, most U.S. presidents develop tricks and strategies to deal with all the day-to-day administrative and executive work expected of them. Just how do they do it? What are their secrets to productivity? Let’s explore.

Seeing initiatives and projects through is a necessary ingredient to achieving success. We’ve all heard a million times that consistency and perseverance is the secret to achievement in most cases. However, one of the most inspirational stories of perseverance comes from our first president: George Washington.

The Battle of Trenton was a pivotal moment in the series of conflicts for the American fight for independence. What sets this battle apart was the fact that Washington rallied his troops to cross the dangerously icy Delaware river to gain a strategic advantage over the Hessian mercenaries. I don’t know about you, but I think that having the mental fortitude to strategize, even in the harshest situations, is one of the raw qualities that boost productivity.

Benjamin Franklin once remarked that “You may delay, but time will not, and lost time is never found again.” Procrastination is the silent assassin of productivity. It’s easy to get lost in feelings of complacency or to take a celebratory break after accomplishing on item on your to-do list. However, making a habit out of stay focused and on task is incredibly important to nurturing your productivity in the long run.

A lot of our avoidance of tasks comes from how we internally see them as hard or difficult. Have you ever noticed that it’s much harder to do work when it involves getting the ball rolling on an assignment, rather than putting the final touches on an assignment that is 75% complete? Often times, the key to productivity lies in convincing yourself, or framing your work, in a way that’s appealing.

Bill Clinton is a master of framing political issues. While it’s a far cry from the mental dialogue you might have with yourself when you try to motivate yourself to do work, taking a look at how Bill Clinton manages to express himself will give you a sense of just how important putting the right frame or spin on things can be.

Being productive is much easier when there’s a clear map from point A to point B that you’ve created to guide yourself. Barack Obama recognizes the importance of having something to strive for: “Focusing your life solely on making a buck shows a certain poverty of ambition. It asks too little of yourself, because it’s only when you hitch your wagon to something larger than yourself that you realize your true potential.” Simply having a dream or a far-off objective may be enough to help lead you in the right direction.

Cooperation and the ability to work with others has become a cornerstone in both a modern society and economy. The Internet has paved the way for collaboration and information sharing in new, innovative ways. Having people that you enjoy being around and working frequently becomes a stronger and longer-lasting motivation as time passes.

Abraham Lincoln said of our nation in its time of crisis: “A house divided against itself cannot stand.” This is also true of people that are too isolated and cut off from others.

Ronald Reagan noted that “All great change in America begins at the dinner table.” Health is an essential component of any productive person. How well you sleep and how often you exercise has a direct impact on your ability to maintain your productivity throughout the day. Developing, and maintaining, healthy habits on a daily basis has a direct correlation to long-term happiness and success.

IBM Takes the Blockchain Revolution to the Next Level

7 Golden Tips for Getting Your Newsletter Read