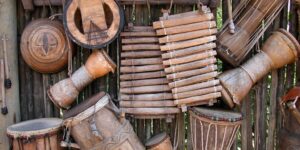 Music is the beat that drives the passion in our lives. Music is woven into the fabric of everything we do. Movies progress with sound tracks, and concerts are held as a major part of festivals in clubs and parks.

To illustrate the significance music plays in our lives, tickets to see famed singer Barbara Streisand on her 2012 return to Brooklyn tour sold for $650, and when scalpers grabbed up the majority of tickets, they tried to resell them for $53,000 on eBay.

There isn’t a single culture on the planet that doesn’t use music in some way. Whether it’s pop, tribal, or something mellow like jazz, music soothes the soul.

If you’re interested in exploring music beyond the confines of your current worldview, check out the following opportunities to immerse yourself in musical culture you aren’t likely to find on your Facebook newsfeed.

Traditional Chinese tea ceremonies involve more than putting on a kettle, tossing a bag of Celestial Seasonings in a cup, and waiting for the caffeine to kick in. This ancient tradition is actually about embodying respect, harmony, presence, purity, tranquility, and appreciation.

During a tea ceremony, the host will brew various types of tea using a precise method for perfect extraction, and serve it to each guest. One serving of tea leaves will be brewed multiple times, and as each new brew is completed, the flavor of the tea will change slightly.

Pu-erh, one of the most popular types of black tea, is often served during a tea ceremony. As a guest, you’ll learn to savor the aroma and flavor of the tea.

During the ceremony, you’ll hear the relaxing sounds of the Guzheng, (also known as a zither) a stringed instrument that’s over 2,500 years old. With 16 or more strings, and moveable bridges, the Chinese zither is capable of some complex, yet beautiful sounds.

Tea houses can be found all around the world, so you don’t have to visit China to experience one. You can do a simple search on Google for tea houses that perform tea ceremonies, or you might find some private parties who host the ceremonies in their homes. There’s no better way to experience the beauty of the Guzheng than by participating in a tea ceremony.

2. Jazz with a twist of immersion

You’ve probably been to a few concerts over the years, and they can be fun if you really love the artist, and you go with the right people. That’s okay for pop music, rock, and maybe even country, but when you want to experience music with a rich history like Jazz, a concert isn’t nearly enough.

Harlem Jazz Night Out offers a way to explore the neighborhoods frequented by jazz legends like Duke Ellington and Ella Fitzgerald, and visit three of the most popular jazz clubs still frequented by the big players in the industry along the way.

Led by a knowledgeable guide with passion embedded deep in the jazz culture, you’ll learn all about it as you walk by musical landmarks like the Apollo Theater and the Harlem Alhambra.

Listening to the sounds of the 20s, you can imagine what it must have been like to be in the company of musicians like Louis Armstrong and Duke Ellington, while people danced around the stage doing the Charleston.

Experiencing music without experiencing the culture that created it only gives you half the experience. This jazz adventure brings it all home.

For centuries, the healing ceremonies performed by the Ashanti people in Ghana, West Africa, have been done so with drumming that will transport you to another world.

Using a traditional drum like the Atumpan, which comes in two parts, rhythms are played using one drum to produce a low tone, and the other to produce a high tone. These drums are not played with regularity, since they’re played for communication purposes – the beats are designed to mimic the high and low tones of the local Twi language.

What’s fascinating about these drums is that older generations can understand the drums just as well as they understand the Twi language being spoken to them.

Drumming is popular across the world. African hand drums like the Dunbek and Djembe have become popular in the West, with drum circles popping up all over the place. Yet, if you’ve never experienced the healing power of drumming, or if you haven’t immersed yourself in the culture where drumming serves a purpose beyond entertainment, you’re missing out.

Explore music in a new way

Next time you feel like going to a concert, or attending a music festival, instead of seeing the same bands you see every year, consider going on a musical adventure and seeking out events that will immerse you in a new aspect of musical culture you’ve never experienced before.