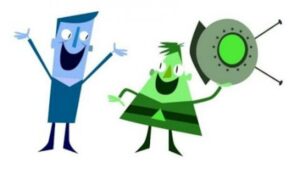 Most of us who read the news and are also interested in the outcome of foreign elections. The World is shrinking and the political course of one country will definitely influence its neighbors and indirectly influence the whole world.

Trade agreements on the other side of the globe could influence your job or financial security on this side of the globe and a trigger happy or fanatic leader, who has control over a nuclear arsenal, is a danger to all mankind. We are all in this boat together and a logical consequence is to have a say on the direction it is sailing.

Simon Anholt is an independent policy advisor who has worked with the Heads of State and Heads of Government of more than fifty countries. He is the visionary behind the Good Country, a growing global movement committed to changing how leaders run their countries, for the good of all humanity. Global Vote (www.globalvote.org) launched recently and, for the first time in history, everybody on Earth with an internet connection will be able to vote in the elections of any other country.

“We should all care who runs other people’s countries, not just our own. To make the world work, we need a world of good leaders:

leaders who consider the needs of every man, woman, child and animal on the planet. The Global Vote is here to empower us, the rest of the world, to

achieve this aim by reminding each candidate in each national election that we’re here, we care, and we’re watching. The tipping-point will come when

we have more people outside a given country voting on its new leaders than there are citizens voting inside the country. Every time that happens, I

believe that the world will truly have changed.”

“With the help of our Global Voters in two hundred countries, we can build a world of good leaders, one country at a time. But we need many millions of

people participating in the Global Vote if we are to change the world.”

According to Anholt, the long-term goal of the Good Country movement is “to encourage a new generation of world leaders with minds that telescope, not

minds that microscope. We need a change in the culture of governance worldwide if nations are to learn to collaborate and co-operate a lot more,

and compete a little less, and so address the huge, shared, globalised challenges that humanity faces in the modern age”.

The idea that anything would change just because of a few votes on an internet platform might seem far-fetched and the concept sounds very utopian, but just like our online behavior influences industries and products, the opinion of the masses could influence politicians. We’ll never know if we don’t try.