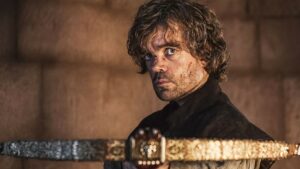 Funny and irreverent, crafty and upright, cynical and a survivor – Tyrion Lannister, the youngest of the three children of the late Tywin Lannister – is a bundle of fiery contradictions. And as many Game of Thrones fans would admit, he’s probably the only reason we still watch the series (sorry, John Snow!).

Peter Dinklage, who was catapulted into stardom ever since the series went on air, is one of the most talented actors in the contemporary entertainment industry. The Emmy and Golden Globe winner is having the time of his career with this author-backed role.

On his birthday, here are Tyrion Lannister’s best moments.

“Never Forget What You Are”

“Do You Understand Me?”

“Now That Was a Threat. See the Difference?”

“I Demand a Trial by Combat”

“All My Life, You’ve Wanted Me Dead”

“Next Time I Have an Idea Like That, Punch Me in the Face”

The Trials and Tribulations of a Non GOT Watcher