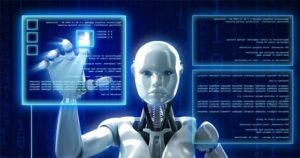 Social media giant Facebook on Thursday announced the development of a new artificial intelligence (AI) system called ‘DeepText’ that can analyse what people are writing about in posts with near-human accuracy across 20 languages.

If it can automatically pick out hate speech from status updates that merely contain controversial terms, it could prevent a human from ever suffering the harassment and having to report it manually.

The company also revealed that:

To get closer to how humans understand text, we need to teach the computer to understand things like slang and word-sense disambiguation. As an example, if someone says, ‘I like blackberry,’ does that mean the fruit or the device?

The deep learning-based text understanding engine is already being tested on Facebook Messenger.

For example, when DeepText identifies a sentence it understands you need a ride, it will suggest you use Messenger transportation integration with services like Uber and Lyft.

If it detects that you’re trying to sell something in a status update, for example “I would like to sell my old bike for $200 (roughly Rs 13,444), anyone interested?” DeepText would be able to identify that the post is about selling something and will throw meaningful information such as the object being sold and its price.

Facebook aims to use that ability to make better recommendations to people, both about related posts and related services available on Facebook and to improve people’s experiences.

“DeepText” can also be used to filter out spam or any other undesirable content and present more of the content that people want to see.

The Bitcoin Is Bullish, Could It Be A Trend

Are Schools Missing the Tech Revolution?