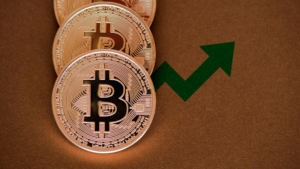 A virtual trade commodity which is more valuable than gold. Sounds like a science-fiction script, but it’s happening now, for real. Bitcoins are a form of cryptocurrency, which only have a digital existence, and can be transacted online peer-to-peer. There can only be 21 million Bitcoins in existence, sofar some 14 million have been mined. So the more demand there is, the rarer they get, the higher the value. Just like gold or anything else on the market. Technically, in value propositions, it’s faring better than gold.

Who can explain it better than the Wall Street Journal? Watch the video below for a crash course in Bitcoins.

The Rise and Rise of Bitcoins

Why the Gold Rush?

With a limited number of Bitcoins and growing awareness about this virtual currency, plus the added advantage of anonymous transactions, the cryptocurrency is now highly sought after for international trade. China is reported to trade a billion dollars worth of Bitcoins every day!

Another short-term reason is the ‘halving’ of the Bitcoin cycle which is expected on 10 July this year. What’s ‘halving’? So, after every few years, as the number of miners grow, and the coins gets rarer, the award for a successful Bitcoin mine gets halved. Currently, if you are successful in mining a Bitcoin, you are awarded 25 Bitcoins. But after 10 July, that amount will get halved to 12.5 Bitcoins. So yes, the heat is definitely on to make the most of the summers.

A Word of Caution

Just like every other investment, buying a Bitcoin is entering speculative zone. The digital currency is subject to online market risks and also possible technical hacks. So, make hay while the sun shines. It’s a digital leap of faith.