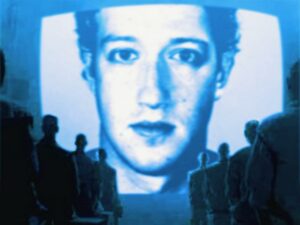 We might be a step closer to the Orwellian future. If Professor of mass communication from University of South Florida, Kelli Burns’ claim is right, Facebook could be listening to people’s conversations to gather data on what they are talking about, The Independentreported.

Professor Burns said that the Facebook app might be using the data to serve its users with relevant advertisements. To test that feature, Burns said that she discussed a few topics around the phone to find those very things being advertised on her Facebook account.Though she wasn’t entirely convinced, she said the move wouldn’t be surprising at all.

Previously, Samsung had warned consumers of its Smart TV which can listen to what consumers are saying and may share what they hear with Samsung or third parties.

Facebook does not use microphone audio to inform advertising or News Feed stories in any way. Businesses are able to serve relevant ads based on people’s interests and other demographic information, but not through audio collection.

Currently, the feature is available only in the US.

Facebook responded to it by saying that it isn’t “always listening” and never stores “raw audio”. It also claims to actually help users by easily identifying what they’re watching or watching whatever is going on.

Facebook says on its help pages that it doesn’t record conversations, but that it does use the audio to identify what is happening around the phone. The site promotes the feature as an easy way of identifying what you are listening to or watching, to make it easier and quicker to post about whatever’s going on.

Keep in mind you might be prompted to provide us access to your phone’s microphone to help us search for audio matches. If you’ve previously denied us access to your microphone, you can turn it on by leaving the Facebook app, and from your iPhone home screen, tapping Settings > Privacy > Microphone > Facebook.

CEO, of Ark Investments, Cathie Wood to The Independent:

Their Atlas platform is excellent for this. They can track people online to offline and then online again and they’re able to track people from multiple devices.

I suppose George Orwell never imagined that total surveillance would come disguised as a fun app, financed by big investors, convincing us that we can’t live without it.

Read the full story on The Independent.

VCE: The Secret Behind the Magic

Chinese SUV Makers: Saving at the Cost of Safety?