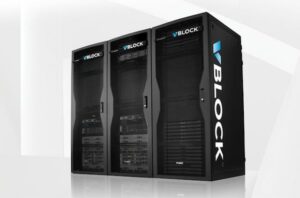 I visited with VCE last week and after chatting with a number of customers it was clear this company, which has been massively successful, is also incredibly unique.  VCE was created to provide a best of breed approach to hyper-converged solutions but “best of breed” approaches generally fail due to inconsistencies and conflicts between the components. That didn’t happen here.  In fact, VCE showcases that best of breed can work but only if you approach the problem very differently.

Let’s focus on the secret behind the VCE Magic this week.

Why Best of Breed Fails

The reason most “best of breed” projects fail is because the solution is built from the components down, not from an initial thoughtful design.  For instance, if you were to build a car you’d typically start with a physical design and specifications then select or commission components to fit into the design so the parts were configured to meet those requirements.

But most best of breed projects start with the parts which is why when they are slammed together, the result typically underperforms.  This would be like trying to build a car from a pile of tires, wheels, brakes, engines, transmissions, and various other parts you selected because each had strong specs but nothing was designed to work together.  You could do it but the result would be a Frankencar that likely would be nasty to keep running, if it ran at all, and it would look damned ugly.

In contrast, VCE starts with a specification and then drives it back into the supplying organizations so that the end result meets the specification.  The also wrap the solution with tools they’ve internally created so that the result is far closer to what a single vendor might get if it had experts in Hyperconverged systems create their ideal configuration and then sent out RFPs for the individual components based on detailed specifications.   The problem for individual companies is even knowing what skills to ask for in building the team. Then, given this kind of effort would be incredibly infrequent, retaining and advancing those skills over time.

The difference is, rather than a one-time effort, VCE has done this over and over again refining the process and becoming uniquely expert at building these unique appliance-like systems.   Unlike other vendors, the VCE team is focused on this class of product across a variety of market verticals and can pull from an ever increasing pool of products. That will include Dell’s portfolio shortly, in order to build the best solution for any given market segment.

This is where you find out the magic works.  If you speak with VCE customers and ask them what the most surprising thing is, their typical answer is that the solution “performs as advertised.”  This has given a lot of analysts pause because you’d think this would be a common occurrence. However, particularly with complex systems like these, it isn’t the case at all.   Most of these things tend to significantly underperform vendors’ promised benefits. Notably, VCE’s claims about their systems performance are some of the market’s most unbelievable.  But VCE’s solutions perform consistently with those claims in virtually all areas.

IT executives have learned to discount such claims because virtually all vendors over promise and under deliver but not VCE.  Instead, VCE provides what they promise and in talking to the VCE accounts they seem as surprised with these results as we do, this just isn’t their experience.  I should add that the vast majority of these accounts seem to have been HP, now HPE, accounts and this may speak specifically to an endemic problem at that company.  Not to mention the powerful opportunity it suggests that VCE and the new Dell Technology Group will enjoy in regards to competitive displacements.

Best of Breed approaches generally don’t work, largely because they are built up from the components and not down from the specification.  This is often why build it yourself systems, done right, work better than vendor branded solutions in any complex project.

However, VCE demonstrates that a dedicated team building a Best of Breed solution tops down can get to the promised value of such a solution repeatedly. That makes you wonder why more vendors don’t use this approach. But it also showcases why Dell found VCE one of the core organizations they bought EMC to get.

Something to think about this week.