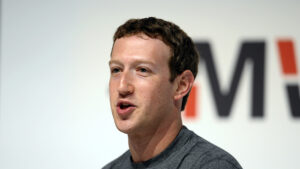 Facing flak over allegedly suppressing right-leaning stories on Facebook, Mark Zuckerberg met with influential conservative leaders to explain to them how the social networking website stays “as open as possible”.

Facebook was in the news recently for suppressing conservative news stories from its trending section but Zuckerberg has quashed those claims highlighting Facebook’s openness to project news content from all parties with Trump said to have a big social presence on Facebook.

The reality is, conservatives and Republicans have always been an important part of Facebook.Donald Trump has more fans on Facebook than any other presidential candidate. And Fox Newsdrives more interactions on its Facebook page than any other news outlet in the world.It’s not even close.

Facebook’s editorial practices came into the spotlight scrutiny after a former Facebook contractoranonymously accused its editors of deliberately suppressingconservative news. But Zuckerberg has openly expressed his concern over the matter and has asked for support to get things right.

I wanted to hear their concerns personally and have an open conversation about how we can build trust. I want to do everything I can to make sure our teams uphold the integrity of our products.

The allegations were first reported by technologynews website Gizmodo, which did not identify the ex-contractor. However, Facebook denied the allegations and said it wouldconduct a full investigation.

Pirating GoT is a Risky Business, Other Than You Expect