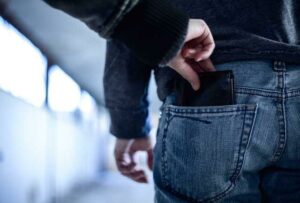 It’s no secret that lots of companies are gathering, storing, analyzing, sharing and selling bits and bytes of our personal data. They aren’t necessarily compiling these giant databases of information to sell them to hackers or to steal our lives, they are doing it so that they can sell us more stuff more efficiently.

One of the downsides of having companies we don’t even know about collecting every scrap of information about all of us that they can is that sometimes when they get hacked the bad guys also get a great swath of data about us all at once. That’s one of the reasons that a single breach at one company can net hackers names, addresses, Social Security numbers, bank accounts, credit card numbers, medical data, employment status, salary information and on and on.

With the IoT, smart watches and fitness trackers beginning to take off it’s a pretty good bet that companies and sometimes hackers will also be getting their hands on our home appliances, security systems, hear rates, physical locations, travel patterns, places we frequently shop at (both physically and online), types of music and movies we like and on and on.

But all this data collection might also have an upside that could help us prevent identity theft or even credit card theft.

It should be possible, using existing technology that is already in place and in use by numerous companies, to make our digital lives incredibly secure. By building digital descriptions of our daily lives – where we go, what we eat, how fast our heart beats, etc. – we could make it nearly impossible for bad guys to use any information that might be stolen from us.

Let’s say your credit card info gets stolen and someone tries to order something online (or even if your physical card is stolen and someone tries to use it in a store). A database could quickly verify whether the person using that card is really us or someone else. It could tell the online store or the shopkeeper where we live, what computers and phones we use and probably where we are at that very moment.

So if a charge tries to go through in a city, state or country when we aren’t anywhere near that place red flags would go up. If the charge comes in from a computer that we don’t own or again, from a location we don’t frequent then a quick check of your smartphone’s GPS could also tell the system that the charge may be coming in from a Starbucks hotspot in one part of town but we (or at least our phone) is currently in another location ten blocks away.

A similar security system could tap into all our wearable devices and by comparing heartrates, biometrics, galvanic skin reactions or whatever, quickly determine if it is really us trying to use the phone or someone else who may have stolen it.

It would take a bit of teamwork on the part of data gatherers and some clever cloud programming (plus it would be helpful if people opted in to letting a service like this track your GPS locations and wearable devices) but it could be done.

It might seem like you would be giving up even more information about yourself but that information is going to get out there anyway, sooner or later, so why not turn that massive store of personal data to good use?