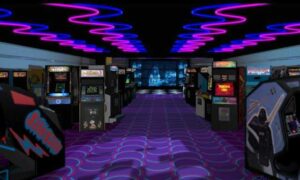 And now for something truly important in the scheme of all things electronic.

Pong, Doom, Tetris, Super Mario Brothers, Pac-Man and World of Warcraft have officially made it into the Video Game Hall of Fame. The VGHF is the brain child of Rochester, New York-based The Strong that was founded in 1968 by Margaret Woodbury Strong a collector of toys, dolls and other play paraphernalia.

The six games were chosen from a list of 15 iconic game titles that also included Legend of Zelda, Pokemon, Space Invaders and six other titles.

The nominees were chosen by a panel of academics, journalists and game experts recruited by The Strong. Their decisions were based on a game’s longevity, influence, geographical reach and iconic status.

All of the winners (and runners-up) are definitely icons in the gaming world and they all deserve recognition for their assorted merits – so congrats to all.

For many years I was a games reviewer and wrote game columns for multiple magazines. It was a pretty cool and I admit a slightly odd way to make a living. Many teenagers would consider it something of a dream job. Each week I would get a box from one of the magazines containing roughly a dozen new games and I would get perhaps half a dozen more directly from the companies. I got to know a lot of game developers, visited a number of game companies and played hundreds (if not thousands) of games.

I specialized in war simulation games and RPGs (although I reviewed just about any genre) and I got pretty good at figuring out how to win, and do it quickly since I had to write between two to four reviews per week.

I was stuck in an airport with another game reviewer friend one day and we were idly playing a video game (Arkanoid or Breakout, I think) while waiting for our flight. Neither of us were paying much attention to the game but soon we had a crowd of kids gathered around us ‘ooh’ing and ‘aah’ing at the scores we were racking up. I turned to my friend and said ‘should we tell them that we play these games for a living?’ and my friend said ‘Naw. Then they would just want to drop out of school and tell their parents they were going to become game reviewers.’

I don’t play many games anymore but I still appreciate them.