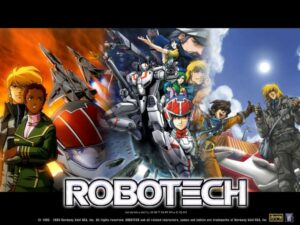 Okay, so a lot of people aren’t thrilled about an Aquaman movie, and it’s funny that this news would break on the same day the Entourage movie comes out, but James Wan, director of Saw and Fast and Furious, will be directing Aquaman.

The other news is that Wan will be helming the movie version of Robotech, which has been in the works for a long time. We’re much more interested in this one than an Aquaman movie frankly, but he may not be able to get to this film for a while. Wan also has to direct the next Conjuring movie, and he’ll be taking on his next movie after that next spring.

The Hollywood Reporter tells us he’ll probably do Aquaman first, so Robotech probably won’t come until later in the decade. Aquaman is of course going to come after Batman Vs Superman, which is coming next March, and it will also spread into a Justice League movie.

In fact, with the resurrection of Mad Max, there’s been interest again in director George Miller’s movie version of Justice League, and concept art has been leaked onto the net. We think Miller could have pulled off something pretty cool with this one, and indeed, there were plans to of course include Aquaman as well.