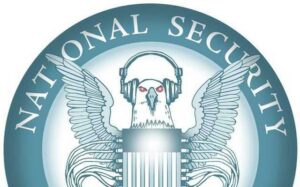 Last night the Office of Personnel Management revealed that four million current and former federal employees may have had their personal information stolen, and that breach may have also affected nearly every federal government agency. It is strongly suspected that the Chinese military was the author of the cyber-attack.

U.S. officials believe this could be the biggest breach of government computer networks ever.

So the NSA, FBI, CIA, the police and god knows how many other government agencies have been spying on us and everyone else in the world for the past dozen or so years (and probably a lot longer than that) all under the guise of protecting us from terrorism and other cyber villains but what evidence do we have that they have actually stopped anyone?

In the past ten years there have been over 75 reported data breaches where cyber criminals made off with over a million records and there have been hundreds of other breaches that didn’t quite reach a million, were never reported or haven’t been detected yet.

And since 2013 there have been some gigantic hacks. Target leaks credit card info for 110 million people, EBay gives up personal information including login credentials of 145 million active users, JPMorgan gives up 83 million records, Home Depot gives up 56 million credit card numbers and 53 million email addresses, Premera Blue Cross dropped data for 11 million customers, Anthem Medical surrendered pretty much everything for 80 million customers and employees and most egregious instance of cyber-attacks was the IRS admitted they gave away tax records for over 100,000 U.S. citizens.

In the past few years it was revealed that many government servers had been hacked including some at the White House and even some of the security agencies that are supposed to be watching out for this stuff.

Many of these attacks have been traced back to Russia, China, North Korea and other nations currently on our ‘naughty’ list and theoretically that is the NSA’s job – to protect us against foreign attacks.

So what did the NSA or any of our other intelligence agencies do to stop any of those attacks?

I suppose one could hypothesize that the NSA did detect some of these attacks but decided not to do anything because it would confirm to the world that the NSA was poking their noses in places that they shouldn’t have been. But the entire world already know the NSA breaks U.S. and international laws on a daily basis so it’s not like it would surprise anyone.

What if you asked executives at each those companies (or any of the roughly 500 million people who lost critical, personal data in those breaches) would they rather have lost all that data protecting the already tarnished reputation of the NSA or would they rather have gotten a warning before the data was lost even if it meant the NSA would have to admit to bending or even breaking the law? My guess is that all of them would overwhelmingly opt for the latter scenario.

Of course the other, very real possibility is that the NSA and all the rest had no clue about any of these breaches, that they don’t really know what they are doing and they couldn’t stop a cyber-attack even if they were warned about it ahead of time.

If that’s the case, then why are we paying these idiots to snoop through our phone records, emails, Tweets and Facebook pages?

The Dark Tower Has a New Director at Sony