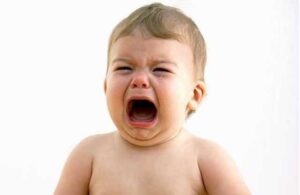 Earlier today FBI Director James Comey said he was depressed about a letter sent to President Obama urging the president to halt any attempt to give the government or law enforcement ‘back door’ access to encrypted devices or to dilute strong encryption techniques. The letter was drafted by a consortium of over 140 tech giants including Apple and Google, computer security experts and civil rights advocates.

But Comey believes that if the government and police can’t crack encrypted phones and emails, even with a court order, then the world as we know it will spiral down a black hole where criminals and terrorists will rape our livestock and Satan himself will start serving barbequed dead babies on the capital steps.

Comey expressed his concerns about the letter at the Third Annual Cybersecurity Law Institute conference.

“A group of tech companies and some prominent folks wrote a letter to the President yesterday that I frankly found depressing. Because their letter contains no acknowledgment that there are societal costs to universal encryption,” he said.

“I don’t know the answer, but I don’t think a democracy should drift to a place where suddenly law enforcement people say, ‘The Fourth Amendment is an awesome thing, but we actually can’t access any information.’ We’ve got to have a conversation long before the logic of strong encryption takes us to that place.”

It’s a little hard to unravel his convoluted logic, but the gist of it seems to revolve around the part of the Fourth Amendment (that primarily protects citizen’s privacy) that states the government can’t pry into people’s private affairs unless they have a court order. But if they do have a court order and still can’t read the encrypted data then that violates the part of the Fourth Amendment that he interprets as giving the government the right to access that data.

And we can’t have that now, can we?

I assume Comey’s follow up would go something like this: ‘We don’t want bad guys hiding stuff from us and since bad guys hide within our society then no one in society should be able to hide stuff from us. Deny everyone the ability to hide stuff and that should cover bad guys too…unless of course the bad guys use some other form of encryption that we can’t decipher, which they wouldn’t do…would they?’

Poltergeist Reviews Are In

Heath Ledger Could Have Been Mad Max