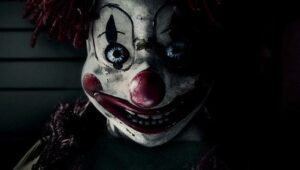 It was one of the best movies that came out in the summer of 1982, Poltergeist, cementing Spielberg’s reputation for great family entertainment that could be heart warming (E.T.), and scary as hell. So of course Poltergeist was needlessly remade for this summer, the verdict?

Well, not bad, but pretty pointless regardless, which certainly doesn’t surprise us. Variety calls it “generally entertaining yet fundamentally unnecessary, Poltergeist is a tribute-band take on one of the horror genre’s greatest hits.”

On the other hand, Hollywood Reporter called it a “solid remake…director Gil Kenan not only delivers on the promise of Poltergeist, but significantly raises the stages for similar PG-13 fare.”

While we haven’t seen the original Poltergeist in a long time, we’re wiling to bet it’s still a pretty good movie, and while the new version may be slicker and more technically adept, we’re always of the mindset that if it ain’t broke, don’t fix it, especially with horror remakes.

Episode One Came Out Today, May 19