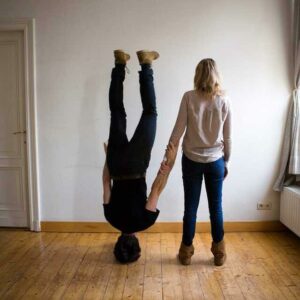 I’ve been around the tech industry for a long, long time and I’ve run into some odd stuff. Stuff that just makes you want to scratch your head in puzzled wonder.

In the category of ‘stuff that works that no one knows about’ there is a secret about remote controls (and the devices they control) that most people don’t know about. A friend of mine who was developing a video editing application discovered that his high-end VCR remote control also worked on lower-end VCRs from the same company. Turns out that it’s cheaper to build just one high-end model of a given device, slap a different model number on the front and ship it with a different remote control. All the features of the high-end device are actually built into the mid- and low-end versions they just don’t have the same buttons on the remote. If you get a remote for the high-end version it can sometimes access all the high-end features even on a low-end model.

In the ‘something like magic’ category many years ago I worked as a Technical Editor for a VIC-20/C-64 magazine and they were notoriously fickle about printing anything to a serial printer. People would call me up to ask why their printer wasn’t working and I would tell them ‘flip DIP switch two.’ (If you don’t know what a DIP switch is I envy you, but for those of you too young to remember, DIP stands for ‘dual in-line package’ – a small row of little sliding switches that were common on Commodore printer cables and on the backs of the machines.) I have no idea why DIP switch two was usually the culprit but for some reason flipping it to the other position usually fixed the printing problem.

And now for something weird and actually useful. Back in the early days of CD-ROMs the only way you could author content was to buy these mega expensive hard disk drives (that had to be specially ordered, held a whopping 800MB and cost over $3,000 each). Trouble was, they didn’t last very long in the high-stress world of CD-ROM authoring. After a few weeks the drives would start to whine and make strange noises and you knew that the timer was ticking – you had to find another drive quick and try to dump all your data to the new disk before the whining disk crashed for good. Someone on our team discovered that if you turned the drive upside down and let it run for a while, the whining would stop and the disk drive would be fine. (An engineer friend suggested that since there was only a tiny drop of lubricant on the bearings inside the drives, the heat from excessive use would liquefy the lubricant and it would all pool at the bottom. Turning the drive upside down allowed the lubricant to redistribute on the bearings.)

Turns out this trick works with lots of devices. When my daughter’s laptop started acting up and wouldn’t boot I told her to turn it upside down and leave the power on for a while. She thought I was crazy but after a few minutes the laptop came back to life. I’ve also fixed a PlayStation with a whining fan by turning it upside down. And I’ve revived numerous battery operated wall clocks using the same trick.

So if all else fails, try turning it upside down.

MacBook Air vs. Surface and Siri vs. Cortana: Creating a New Reality