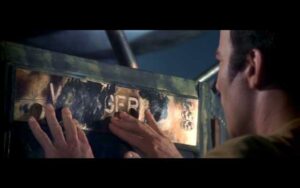 An antique NASA probe has been brought back to life by a crowdsourced program of space enthusiasts, and has made a successful flyby of the moon.

The International Sun/Earth Explorer 3 (ISEE-3), launched August 12, 1978, was one of three spacecraft, along with the mother/daughter pair of ISEE-1 and ISEE-2, built for the ISEE programme, a joint effort by NASA and European agencies to study the interaction between the Earth’s magnetic field and the solar wind. It was the first spacecraft to be placed into a so-called “halo orbit”.

The ISEE-3 Reboot Project, as the unofficial group of revival enthusiasts is known, managed to successfully fire the satellite’s thrusters on 2 July, for the first time since 1987, and since then they’ve been coming up with all kinds of innovative ways to use the ancient satellite.

Starting with an initial crowd-funded budget of about $160,000, the team is making remarkable progress, considering the average NASA mission runs into the hundreds of millions of dollars.

The ISEE-3 project team hosted Google Hangout to celebrate the lunar flyby from the converted McDonald’s that serves as their mission control base.

The team have high hopes for the satellite’s continued mission. On their website, they claim that “if we are successful it may also still be able to chase yet another comet.”

“NASA has told us officially that there is no funding available to support an ISEE-3 effort – nor is this work a formal priority for the agency right now. But NASA does feel that the data that ISEE-3 could generate would have real value and that a crowd funded effort such as ours has real value as an education and public outreach activity.”

The project is ongoing, and ITProPortal will follow it for further updates.

Tech weirdness over the years (Part 1)