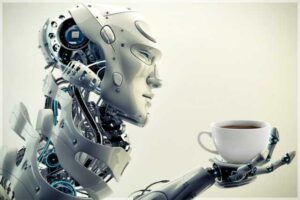 According to a new study 48 percent of experts say yes, robots and AI will have a significant impact on jobs.

Pew Research has come out with another in a series of expert surveys and this time it’s about how robots and artificial intelligence will change the way people work by the year 2025. They asked 1,896 experts from various fields what they thought the economic impact of robotic advances and AI would be in the coming ten years.

Just under half (48 percent) of those that responded said they thought a significant number of both blue- and white-collar jobs would be lost, but the other 52 percent said that advances in technologies will create more jobs than it eliminates.

Half of these experts (48%) envision a future in which robots and digital agents have displaced significant numbers of both blue- and white-collar workers—with many expressing concern that this will lead to vast increases in income inequality, masses of people who are effectively unemployable, and breakdowns in the social order.

The other half of the experts who responded to this survey (52%) expect that technology will not displace more jobs than it creates by 2025. To be sure, this group anticipates that many jobs currently performed by humans will be substantially taken over by robots or digital agents by 2025. But they have faith that human ingenuity will create new jobs, industries, and ways to make a living, just as it has been doing since the dawn of the Industrial Revolution.

The report also pointed out that both groups share some common hopes and fears about the future.

These two groups also share certain hopes and concerns about the impact of technology on employment. For instance, many are concerned that our existing social structures—and especially our educational institutions—are not adequately preparing people for the skills that will be needed in the job market of the future. Conversely, others have hope that the coming changes will be an opportunity to reassess our society’s relationship to employment itself—by returning to a focus on small-scale or artisanal modes of production, or by giving people more time to spend on leisure, self-improvement, or time with loved ones.

We talked about a similar issue in a previous article questioning the need for a 40-hour work week. In that piece I mentioned that it bothers me sometimes when I see shows where the manager of a new manufacturing facility boasts that they used to employ hundreds of workers and now, with automation, they can do everything with only one or two people.

One of the comments that I got came from Kurt Seifried who said, “You must hate bulldozers. They do the work of several dozen or hundred people depending on size. To say nothing of other construction equipment like back hoes and cranes.”

And yes, that’s true. But it did get me thinking and here’s a little tidbit for everyone to consider.

In 1817 construction began on the Erie Canal that ran from the Hudson River in Albany, NY to Lake Erie in Buffalo, NY. It was roughly 364 miles long, took eight years to complete, cost $7 million and employed roughly 5,000 to 10,000 workers. It was completed ahead of schedule, under budget and was dug completely by hand (they didn’t have bulldozers, back hoes or cranes in those days).

In contrast (and I know it’s not a completely analogous comparison) Boston’s ‘Big Dig’ project started in 1982, covered 3.5 miles, took 20 years to complete and will ultimately cost $22 billion (including interest) and it won’t be paid off until 2038. It employed about 5,000 construction workers and thousands more engineers, managers, lawyers and sub-contractors. And they had all the latest and greatest construction toys you can imagine.

So, yes our new robots and AIs will probably put some people out of work, but they will probably employ twice as many people to fix the bugs, create new apps for them, develop new ‘skins’ for them and reprogram them. There will also be new jobs for robot sales people, robot designers, ‘robot rights’ advocates, government agencies to pass robot laws and issue robot recalls and, of course, there will be a raft of lawyers specializing in suing competing robot manufacturers for look-and-feel patent infringements.

I know this is an issue that pushes people’s buttons (so to speak). Do you feel secure enough about your job that you don’t think a robot or AI could ever do what you do? Or do you feel threatened by the possibility that one day we humans will be hiding in underground bunkers trying to avoid being killed by terminators and traveling back in time to derail the impending robot apocalypse? Save us John Connor!

You can read the full Pew Research report here.

John McAfee is not crazy; he is a revolutionary

Okay, Apple products not banned in China after all