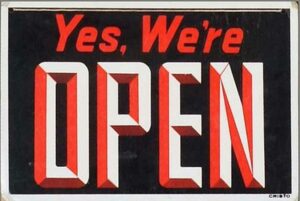 Apparently there was a slight mix up earlier this week as many news outlets (including TGDaily) reported that Apple products left off a Chinese government purchase list were being banned.

The government procurement list turned out to be a list of energy efficient products – a list that Apple had never applied to be on. Companies that wished to have their products listed on the approved energy efficiency list are required to submit energy ratings and test result and while Apple products probably do qualify to be on the list, Apple hasn’t submitted the data and therefore didn’t make the list.

“Even though Apple has the certification for energy-saving products… it has never provided the necessary verification material and agreements according to the regulations,” said a Chinese Finance Ministry fax sent to Reuters on Thursday evening, a statement closely mirrored by the Central Government Procurement Centre in their own announcement on Friday.

“Every month we have one price adjustment to make sure the prices are aligned with market prices,” said a person familiar with the procurement process, who attributed the confusion to a misunderstanding. “We’ll stop purchases and then restart after they’re aligned.”

The mistaken ban on Apple products caused something of a stir around the tech world with many people wondering if this was just another sign that China was beginning a widespread embargo on foreign tech products.

Apple may be bringing Siri to the desktop