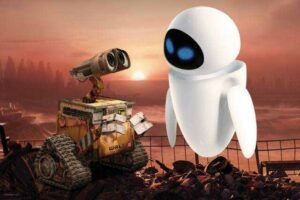 According to a blog post on the dating site OkCupid, founder Christian Rudder admitted that they’ve tried various experiments on their users too.

Recent disclosures that Facebook manipulated user feeds to test how they would react may have upset a lot of people but OkCupid founder Christian Rudder says “That’s how websites work.”

The post, titled “We Experiment on Human Beings” said:

“Guess what, everybody: if you use the Internet, you’re the subject of hundreds of experiments at any given time, on every site,” Rudder wrote. “That’s how websites work.”

The post then went on to describe some of the site’s experiments.

In one experiment to test if love really is blind, they temporarily removed user’s photos from their profiles to see how it would affect their interactions. Unsurprisingly, the site’s traffic went down significantly. However men and women who actually tried out a “blind” date reported having a good time regardless of how attractive their date was.

Rudder pointed out that once the photos were restored the same women went back to relying on looks to dictate whether or not they responded to messages, concluding that “people are exactly as shallow as their technology allows them to be.”

Another experiment tried to ascertain if there was a correlation between how users scored each other for looks and personality based on photos of people they found attractive. Not surprisingly users rated other people higher if they found the photo attractive, even if the rest of their profile was blank.

Finally they tested if people were more likely to contact and interact with someone simply based upon an OkCupid recommendation saying they were highly compatible (even if the site’s own metrics indicated the reverse was actually the case.  The study found users who were told they were well-matched were much more likely to exchange messages and interact with one another, even if they were actually incompatible by the site’s own metrics.

Rudder says the experiment revealed that while actual compatibility is ideal, the suggestion of compatibility can be just as effective.

“If you have to choose only one or the other, the mere myth of compatibility works just as well as the truth,” he wrote.

So far, most of the feedback OkCupid has received when the experiments were revealed was that people found the data to be funny and “kinda depressing.”

Sigh. Such is love in the social media age, I guess.

When the Facebook experiments were first revealed I commented that, in essence, all social media sites are an experiment in human behavior and that all forms of media manipulate what people see or read. If they have two stories to pick from editors or reporters will tend to pick the more controversial or sensational simply because it will attract more viewers or readers. The media doesn’t do this to try and make people more attracted to controversy or sensationalism – they do it because that’s what people want to see.

The future of the cloud