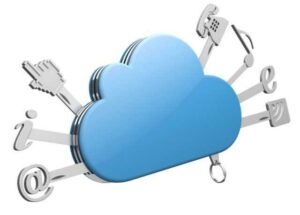 There have been a number of stories recently in the press about some big happenings in the cloud space. IBM recently reported double-digit profits from their cloud products division and the state of California just announced that they are moving much of their infrastructure to a cloud-based approach.

TGDaily has asked me to comment on a number of these stories and I’ve been more than happy to add my two cents. But then I thought, ‘I’ve got much more than a few one-line quotes to share’ and so, I’ve decided to take off my Business Development hat for a while and try on a tech reporter’s hat for a change.

Since my background is primarily in business development, cloud computing and agile development practices I thought those would be the best areas to focus on.

So, all that being said I thought I would start out with some thoughts on the future of cloud computing.

If anyone saw my quotes in previous TGDaily articles you know that I feel very strongly about the current state of cloud computing and development. That we have progressed beyond talking about the cloud as a new trend or even a fad. The cloud is a real, viable tool for doing business today. It has matured, been tested and beaten upon for years now.

It hasn’t always been an easy transition from beta test sites to full deployment of some elements of the enterprise. (Note: I said some elements – I am also a strong believer in measuring and balancing what elements of a business should, or should not be deployed in the cloud and that is a question that every business should consider carefully before going forward with any project.)

For the most part, today the cloud is a well understood tool that can bring enhanced performance, significant savings and reduce times to market.

But what is the future of the cloud? Where is it going? And how can we leverage what may be in store tomorrow?

Personally, I think that the most significant and profound changes will come from the companies currently using the cloud. The companies that are already pushing the boundaries. The ones who are deploying unique solutions to problems – solutions that in some cases would not even have been possible without things like mirrored deployment, scalability and instant monitoring.

For example. Burnside Digital recently worked on a project to deploy a system that combined RFID technology with off the shelf smartphones connected to a cloud-based data repository. A system like this could not have been built a few years ago, but with existing cloud services we proved that yes, indeed it could be built. The fascinating thing that emerged from this project was that all of us who worked on it began to realize that the system could do much more and be much more than any of us could have predicted.

Simply building the system revealed dozens of all new possibilities that someday, someone will be able to incorporate into their businesses, and eventually may even become common approaches for solving certain problems.

That is how the cloud of the future will be changed and improved upon.

I’ll explore this and other topics in future posts.