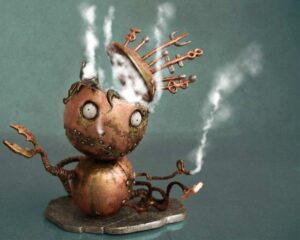 There has been a lot of talk recently about the possibility that Apple may announce that they are thinking about jumping on the home automation bandwagon at their upcoming annual summit. Proponents see this as a good thing on our trip to the future. But there are some potential downsides.

Tech companies like Google and now Apple are hoping that the missing key component is smartphones. Once people can control a handful of devices with their iPhone or Android device they’ll want to control everything.

But in the wake of a virtual torrent of security breaches, hacks, government spying scandals and just plain dumb mistakes it seems like tying all our devices together might not be such a good idea.

Earlier this week thousands of Australians woke up to find that their iPhones, iPads and even Macs had been hijacked by someone using the ‘find my iPhone’ feature that allows users to disable their devices if lost or stolen. Seems like someone out there managed to steal a bunch of user login names and passwords, shut off the devices and sent ransom messages to everyone telling them to deposit money into a PayPal account in order to reactivate the devices.

And last week eBay somehow managed to let 145 million names, addresses, birthdates, phone numbers, and encrypted passwords slip through their firewalls (and potentially links to PayPal accounts as well). A few weeks ago there was also a story about someone who discovered that a webcam used for a baby monitor was hacked and that some perv was using it to spy on their infant.

So what happens when we have our homes, cars, smartphones and everything else all connected and someone hacks one critical element that leads to everything else?

Will we come home someday and find a yard full of police and firemen, our automatic garage door wide open, the electronic lock on the front door won’t unlock, the air conditioner and heater have been running full blast all day, the lights have been going on and off, our surround sound system has been booming at the highest volume, our refrigerator has been trying to defrost itself and someone has replaced all the songs in our car’s playlist with tunes by Slim Whitman the yodeling cowboy?

Eh, maybe I’ll hold off on investing in an automated home for a while.

"Weirdo" Brin should have avoided Google+