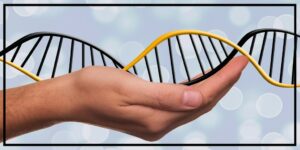 DNA editing technology is an amazing invention where an artificial means is used to edit and modify the genetic makeup of a cell. That’s exactly what the biotechnology invention called CRISPR does. Now, there is another new editing technology introduced in addition to CRISPR and is here to help solve some of the editing issues. It’s called Basic Editing.

So what exactly is CRISPR? To put it simply, it is a very precise genetic modification technology, powerful, and above all inexpensive. It allows biotechnologists to add, delete, or modify the genetic heritage of any cell, plant, animal, or human. First results have already emerged. In May, scientists managed to remove HIV from a living animal. More recently, human embryos have been successfully edited without being relocated afterward. But CRISPR has issues, like successfully editing without breaking an entire DNA structure.

Base Editing’s new technology has the solution

The human genome has six billion DNA letters, with four types of nucleic bases, which are the letters A.T to G.C. Base editing, unlike CRISPR, allows biotechnologists to change one of these letters at a time without having to break the structure of the entire DNA.

In their study published in Nature magazine, the team of researchers led by David Liu was able to change an A to a G. Such a change would act on half of the 32,000 ‘point mutations‘ sources – helping humanity solve bigger issues.

Standard genome editing methods, of which CRISPR is one, create double-strand of breaks in the DNA, which is useful if your goal is to insert or delete databases. But when your goal is to simply fix a point mutation, basic editing offers a more efficient and cleaner solution. If CRISPR acts like a pair of scissors, basic editing is closer to the pen, Professor Liu added at a press conference.

Laboratories are already working on projects aimed at treating blood diseases, blindness or hereditary deafness, or even neurological diseases. And Basic Editing will come in handy.

CRISPR and base editing are two cousins acting in different ways on the genomes. Both technologies, on the other hand, have enormous and common potentials – and will combine to provide solutions to some of the problems we face right now in the disease world.

Google will let you compare phone specs in search

How to Prepare for a Moving Day