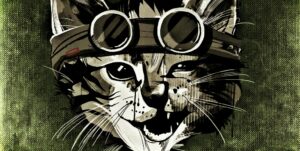 I am sure that at some point you have heard of the Schrödinger’s Cat, be it on TV or someone mentioning it in a conversation at a cocktail party. If you are not a physicist, or highly interested in science, then there is usually a lot of wild guessing about what it is all about and there are good reasons to try and understand it.

1. You can laugh at the jokes cracked on “The Big Bang Theory” or other nerdy TV shows

2. It explains some basics in quantum physics, helping you, maybe, better understand the rest, if you should be interested.

3. It will help you adopt a more modern view to physical laws, away from Newton and more toward Hawkings.

Schrödinger’s cat is a thought experiment, originally devised in 1935 by Austrian physicist Erwin Schrödinger. It has nothing to do with cats, he would have definitely chosen a different, less popular animal if he could have predicted the rise of social media and the numerous “cute cat” videos on it. He wanted to show the problems of applying quantum mechanics to everyday objects using the Copenhagen Interpretation (an attempt to “translate” quantum mechanic’s formulas into everyday language).

Schrödinger wanted to show the paradox of applying the “interpretation” of quantum superposition to normal objects.

At the quantum level particles have different states (speed, energy, position, spin) and are, theoretically, believed to be in all states, at the same time, until observed, this is known as superposition.

It is a weird thought and hard to imagine but that is how quantum physics is, even some physicists have problems understanding or accepting all the involved theories.

In Schrödingers thought experiment, a cat is put in a sealed box with a lethal mechanism that, in a given amount of time, has a 50% chance of being triggered, thus killing the cat. According to the principles of superposition, once the box is closed and the time has passed the cat has a 50/50 chance of being either in the alive state or the dead state and therefor, if you believe in the laws of superposition the cat is actually in both states simultaneously. Technically it is both alive and dead at the same time. It is only when we open the box (and the quantum wave collapses) that the cat becomes definitely alive or definitely dead, meaning that it is the act of opening the box that determines the fate of the cat. As long as the box is closed, and nobody takes a look, the cat is both alive and dead.

It sounds strange but it is believed that particles exist in all possible states simultaneously and only when we “observe” them do they decide to stick to one state. Some scientists even believe that the mere act of observing the universe is making it change!! Many people use Schrödingers experiment as a way to explain superposition but he was actually criticizing the Copenhagen Interpretation of it with his thought experiment.

The cork and the emergency landing