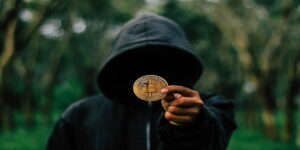 US investigators recover $2.3 million in Bitcoins they say was paid in ransom to hackers whose attack prompted the shutdown of the key East Coast pipeline last month.

Colonial Pipeline Co. complied with the $4.4 million ransom demand because officials didn’t know the extent of the intrusion by hackers and how long it would take to restore operations.

The company had taken early steps to notify the FBI and followed instructions that helped investigators track the payment to a wallet used by the hackers, believed to be based in Russia.

The FBI said it has been investigating DarkSide, which is said to share its malware tools with other criminal hackers, for over a year. The ransom recovery is the first seizure undertaken by the recently created DOJ digital extortion taskforce.

US investigators have recovered millions in cryptocurrency they say was paid in ransom to hackers whose attack prompted the shutdown of the key East Coast pipeline last month, the Justice Department announced Monday.

The Department of Justice announced on Monday that investigators were able to recover most of the ransom paid to hackers who interrupted operations at Colonial Pipeline last month.

AiloadNET Will Open the First Batch of White List Registration

5 Reasons Why You Are Your Best Designer