Russia is demanding Ukraine demilitarize and write a list of weapons the nation cannot possess. The news comes amid a second round of talks between Russia and Ukraine on Wednesday.

Russia is reportedly demanding the recognition of two breakaway regions in eastern Ukraine and also will also not give up the Crimean Peninsula.

More than 100 diplomats at a U.N. conference in Geneva walked out on a speech from Lavrov, who accused Ukraine of human rights violations against Russian minorities.

Russia launched a large-scale invasion of Ukraine last week and on Wednesday claimed to have taken control of the first major city in the country, Kherson, which Ukrainian officials dispute. Ukraine President Volodymyr Zelenskyy is pressing for a ceasefire and a withdrawal of Russian troops from Ukraine during the talks, according to Al Jazeera.

Europe News: MOSCOW: The West should not establish military facilities on the territory of former USSR states that are not members of Nato, Russian Foreign Ministe.

Continue reading on The Times of India 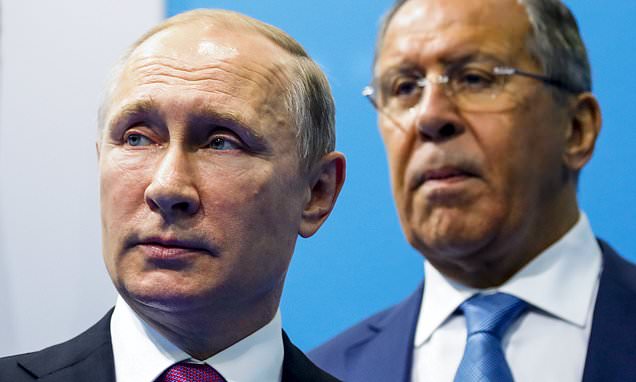 Russian Foreign Minister Sergei Lavrov on Wednesday said Russia is demanding Ukraine demilitarize and will write a specific list of what weapons the nation cannot possess.

Why The Ukraine War Is Likely to Revolutionize Weapons Development