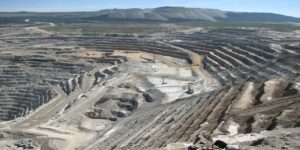 Prime Gold Resources, a company that focuses on buying mining exploration licenses has struck the jackpot by discovering substantial copper and gold ore bodies next to the Oyu Tolgoi mine. The mine located approximately 235 kilometers east of Dalanzadgad capital is known as one of the largest copper and gold deposits in the world. The mining project is the largest financial undertaking in Mongolia’s history and is expected to produce over 450,000 tonnes of copper annually when completed.

In this latest expedition, Prime Gold Resources aims to take advantage of the $1.3 trillion market opportunity in Mongolia. The company has struck Copper and Gold in three of its main mining exploration licenses that cover a landmass of over 8,230 hectares (equivalent to 9 thousand football fields).

The company selects its mining exploration licenses based on the grade of quality as well as the minerals available with both keys to global economic growth. The overall goal is to supply the world’s second-largest economy, China.

Now Prime Gold Resources is accelerating work to prove its resources are up to the international standard and classifications. The company aims to begin production within the next 36 months through a combination of early offtake and joint venture partnerships with credible and capable extraction companies to sell the minerals.

Prime Gold resources mine is situated next to the Oyu Tolgoi in the South Gobi Desert of Mongolia, which is 80 kilometers north of Mongolia’s border with China, where the mined gold and copper will be shipped. Oyu Tolgoi and its neighboring environs are believed to contain around 1.7 million ounces (48 kgs) of gold and 2,700,000 tonnes of copper. Additionally, the area has 250,000 tonnes of molybdenum and 1,900 tonnes of silver.

When operations commence on the Prime Gold Resources locations, mining will be undertaken through both underground and open-pit mining techniques.

Discovered in 2001, the Oyu Tolgoi mine is a combined open pit and underground mining project that is being developed by the government of Mongolia and Turquoise Hill Resources as a joint venture. Construction on the mine began in 2010, and it managed to ship its first batch of copper on July 9, 2013. The mine is expected to reach full capacity in 2021, where it will produce around 450,000 tonnes per year over its projected 50 plus years.

Copper remains one of the essential metals required to develop an industrial economy. Thus, the copper mining industry is one of the leading markets when it comes to the metal mining market. Reports indicate that copper production levels have to be increased over the next few years to meet the global demand, which is arising from major industrial economies like China.

It’s these industrial economies such as China and India that are escalating demand for copper and driving investment in the copper mining market. Currently, China stands alone as the largest consumer of industrial metals and has a significant share of global copper consumption. Massive infrastructure developments planned in Africa, South America, and Asia are also expected to drive investments in the copper mining industry.

NVIDIA Improves Minecraft And Points The Way To Our Virtual Future