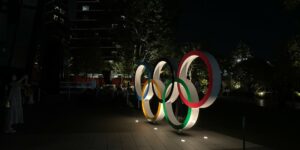 Belarusian sprinter Krystsina Tsimanouskaya escaped from a flight to Minsk from the Haneda Airport on Sunday.

She claims her team forced her to return home after she publicly complained of a decision made by national coaches.

The 24-year-old sprinter said the national coach added her to the 4×400 meter relay without her knowledge.

She has been placed under Japanese protection as of Monday after she refused to board the flight back home.

The incident came at a time when Belarus remains in intense discord following protests last year against Belarusian President Alexander Lukashenko. The president’s son, Viktor Lukashenko is the president of the Belarus Olympic Committee, the IOC said in a tweet.

The athlete did not provide further details on why she thinks she might be put in prison when she steps back home, the report said.

Tsimanouskaya was supposed to participate in the 200-meter heats on Monday and the 4 x400m relay.

A Belarusian sprinter who refused her team?s orders to return home has been granted a Polish humanitarian visa.

The Court of Arbitration for Sport denied Belarus sprinter Krystsina Tsimanouskaya’s request to be allowed to run in the 200 meters heats.

Kristina Tsimanouskaya is expected to stay at the Polish embassy in Tokyo until her departure to Warsaw.