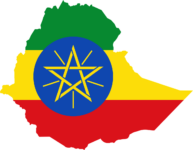 Sudanese officials and residents found dozens of bodies with gunshot wounds or their hands bound floating in the river between Tigray and Sudan.

These bodies are believed to be the remains of people fleeing the war in Ethiopia.

Conflict in Tigray region has killed thousands and sent tens of thousands fleeing into neighboring Sudan.

Ethiopian government condemned the reports on Monday, describing them as “fake” and claiming “propagandists” were “using false images” to spread disinformation.

Fighting in the region broke out in November between Ethiopia’s federal forces and the region’s ruling party, the Tigray People‘s Liberation Front (TPLF).

The TPLF has accused the Ethiopian government and allied Eritrean forces of atrocities while battling Tigray forces of attacking the region’s ruling party.

The conflict is said to have lasted nine months and is currently in its most troubled areas of Tigray territory in southern Ethiopia and Eritreans.

At least 30 corpses have washed up on the Sudanese banks of a river that abuts Ethiopia’s northern region of Tigray, according to two Ethiopian refugees and four Sudanese witnesses who told Reuters on Monday they had retrieved the bodies.

More than 40 bodies of Tigrayans recovered in Sudan

Ethiopian doctors tell the BBC about their efforts to treat wounded civilians during fighting last month.