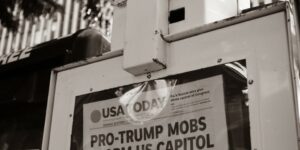 Two more police officers who responded to the Jan. 6 riot at the U.S. Capitol have died by suicide.

Four police officers told a House of Representatives special committee last week that they were beaten, threatened, taunted with racial insults, and thought they might die as they struggled to defend the Capitol against the mob.

More than 500 people have been arrested for their roles in the violence and more than 100 police officers have been injured.

The mayhem led to the second impeachment trial of President Donald Trump.

Four officers who warded off US Capitol attack died of suicide

Two officers were reported to have died by suicide in July, while two others died days after the January 6 riot.

Two more DC police officers who responded to the US Capitol insurrection have died by suicide, authorities announced on Monday, bringing the total to four officers who have taken their own lives in the aftermath of the January 6 riot.

‘It’s going to prey on their minds’: Lawmakers call for mental health help for police and staff in wake of Capitol riot

The fallout of the Jan. 6 siege extends far beyond the grieving families and physical wounds left behind, mental health experts say.

Acting Metropolitan Police Chief Robert J. Contee told the House Appropriations Committee on Tuesday that two police officers have died by suicide since responding to the riot at the Capitol on January 6, according to Contee’s opening statement before the committee, which was obtained by CNN.