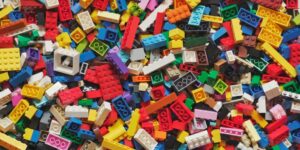 Lego makes about 3,500 different bricks and shapes but faces the challenge of coming up with a sustainable product that can last years – decades – even decades.

The goal is to find a product good enough that people don’t notice the difference, said Lego’s Tim Brooks.

The next stage will be to add colors to the prototype bricks and test them with children and adult fans.

Lego said it would initially get soft drinks bottles from the US to make its new plastic toy parts. It said plastic recovered from the oceans would not be suitable as it is typically too degraded to be used in the toy parts, as it’s typically too hard to use in the world of soft drinks and other recycled material.

Why It?s Taking so Long for Lego to Make Bricks From Recycled Plastic

Lego’s recycled bricks need to be as strong and durable as what fans have enjoyed for decades.

What happens to LEGO bricks when they reach the end of their life?

The LEGO Group?s Vice President of Environmental Responsibility says the company is looking into ways to sustainably recycle bricks that have reached the end

John McAfee found dead after hanging himself in jail