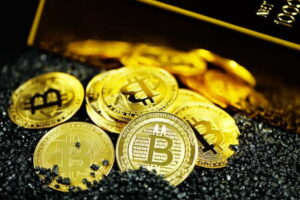 JPMorgan says, “It is difficult to see any tangible economic benefits associated with adopting bitcoin as a second form of legal tender.”

The International Monetary Fund (IMF) has warned of “a number of macroeconomic, financial, and legal issues” surrounding the decision to make bitcoin legal tender legal in El Salvador.

The report also adds that adopting bitcoin “may imperil negotiations with the IMF” for El Salvador, stating: “We believe the Bitcoin Law is complicating talks around IMF aid which we continue to believe is necessary to put El Salvadorian debt on a more sustainable footing.”

JPMorgan Lists Bitcoin?s Limitations as a Legal Tender By CoinQuora

The adoption of Bitcoin as legal tender in El Salvador could put some strain on the Bitcoin network, one JPMorgan expert group warned.

Economist Steve Hanke thinks that El Salvador’s Bitcoin adoption could potentially lead to the collapse of its economy because “all the dollars in El Salvador could be vacuumed up and there’d be no money in the country.”

China tightens its control over cybersecurity