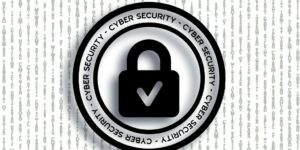 New rules would ban private sector experts who find “zero day’s” weaknesses and sell the information to police, spy agencies or companies. The new rules would also apply only to overseas markets.

Such vulnerabilities have been a feature of major hacking attacks including one this month blamed on a Russian-linked group that infected thousands of companies in at least 17 countries.

Beijing is increasingly sensitive about control over information about its people and economy.

Companies are barred from storing data about Chinese customers outside China and banned from storing such data about their customers, including ride sharing services such as Uber and Didi global, which has made its stock market debuts in the United States last week.

In a week, Chinese ride-hailing giant Didi Chuxing went from being a US tech darling to the face of news stage in Beijing’s tech crackdown.

With traditional growth engines slowing down, China’s regulators are determined to get a handle on the digital economy

JPMorgan: No tangible economic benefits seen in adopting Bitcoin as a legal tender