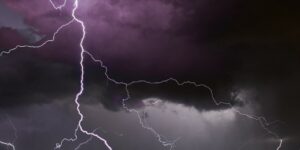 A lightning strike killed 18 people in Jaipur, India, on Sunday.

The victims were snapping selfies at the top of a tourist attraction.

At least another 41 people died in Uttar Pradesh and seven in Madhya Pradesh.

Lightning strikes are not uncommon in India, where they kill at least 2,000 citizens annually.

It’s not the first time that people have died from selfie-induced accidents. The selfie deaths have been reported to have occurred in the U.S., according to CNN iReport.comThe most recent data available showed that at least 259 people worldwide died in selfie-related accidents between 2011 and 2017, including cliffside photo ops and too-close attempts at consorting with wild animals.

The Indian Meteorological Department says lightning strikes are thought to be increasing in frequency in the past 30 years, though some believe climate change has contributed to the increase in number of strikes.

Emergency teams were checking if any victims had fallen into a deep moat on one side of a historical fort.

Lightning claimed 11 lives in Jaipur’s Amer area on Sunday. Around 40 people had gathered at two watch towers around 500 metres from the Amer fort on Sunday evening when the tragedy struck.

The Official Checklist for Buying a Used Truck

JPMorgan: No tangible economic benefits seen in adopting Bitcoin as a legal tender