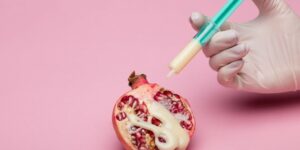 Dr. Norman Barwin, 82, used his own or unknown sperm to inseminate his clients.

A proposed settlement agreement has been reached in a Canadian class action suit brought by 226 former patients and children of a fertility doctor.

Part of the settlement would establish a genetic database to help the children identify their biological parents.

17 of the children are Barwin’s biological offspring, while dozens of others do not know who their biological fathers are.

Barwin was stripped of his medical license in 2019 by the College of Physicians and Surgeons of Ontario, who called his actions “beyond reprehensible”.

Barwin would also have to pay everyone involved in the suit a total of the Canadian equivalent of $10.7 million, the Ottawa Citizen reported.

The settlement has yet to be approved by the judge.

It is the first of its kind of a class action lawsuit by the college of physicians and surgeons of Ontario.

It’s not clear whether he will admit guilt or whether he has admitted wrongdoing or if he will accept responsibility.

Canadian doctor Norman Barwin is accused of inseminating women with the wrong sperm, and in many cases using his own.

Canadian doctor accused of using own sperm in IVF treatment

A 36-year-old woman discovered her parent’s fertility doctor is her biological dad. She’s suing the doctor for impregnating her mom without consent.