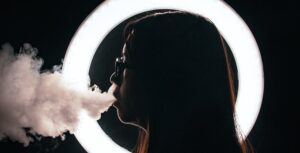 No matter where you live, and which social circles you travel in, there’s a good chance that you know someone who vapes. That’s especially likely if you’re a student. In fact, according to the 2017 Monitoring the Future (MTF) survey, nearly one in three high school students admitted to vaping at least once within that year.

As vaping has become more prevalent, the amount of misinformation and outright distortions about the practice has increased dramatically. In a way, that’s understandable. The societal health consequences of conventional cigarettes are well known. In that light, health departments everywhere would be remiss if they didn’t at least look into the ramifications of the vaping craze. Still, some of the official reactions have been somewhat perplexing.

The Confusion About Vaping

Depending on where you look, you will get a very different picture of the safety (or lack thereof) of vaping. There have been studies that have detected harmful amounts of toxic metals in the vapor of many e-cigarettes. Others have concluded that kids who vape are six times more likely to try conventional cigarettes. Those are worrying conclusions, to be sure, but they aren’t the only side of the story.

Another recent study concluded that the benefits to public health that can be realized by current conventional smokers using e-cigarettes as a means of quitting smoking would mean a cumulative gain of 3.3 million life years for the U.S. population by the year 2070. Also, the reports about the toxic metals found in e-cigarette vapors usually fail to make clear that the total level of harmful materials in the vapors pales in comparison to what you’d find in a typical conventional cigarette.

Despite the contradictory and often confusing information available about the health consequences of vaping, there are only two very important things to know. The first is that the National Academy of Sciences has concluded that there are no known long-term adverse health effects associated with vaping. As long-term studies begin, that conclusion might change. As of now though, anyone claiming that vaping is a health epidemic in the making are – for lack of a better term – just blowing smoke.

The second important thing to know is that there is credible evidence that some flavored e-liquids can contain harmful substances. There’s no way to know how serious the long-term risks are concerning these specific substances, but researchers do admit that most of them would only do lasting harm at dosage levels many times beyond what one would receive through vaping. The good news is, choosing only the best e-liquid with natural ingredients can sidestep the problem with ease.

At last count, there were 37.8 million adult smokers in the United States. About 13% of those smokers fall in the 18-24 age bracket. They’re people from all regions, backgrounds, and walks of life. For more than a generation, public health officials have spent billions of dollars to fund anti-smoking initiatives all over the country to reduce that total. Those same officials are now starting to come out against vaping.

The reality of the situation is that vaping might be the greatest smoking-cessation aid ever devised, and a vital tool in the battle against tobacco-related illnesses. There’s no real reason, other than fear, to demonize vaping or condemn it as a health risk. Doing so will only help to strengthen the grip that traditional cigarettes have over so many people. If new studies find evidence that vaping poses a long-term threat, that changes the equation. For now, though, vaping is certainly better than the alternative, and should be treated as such.

Why Choose a Bubbler?