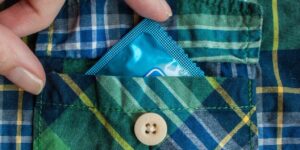 While the word ‘sex’ conveys romance, fun, etc., contraception often conveys the opposite undertones. And with good reason, making love can be a highly passionate and romantic act that happens ‘at the moment.’ Furthermore, physical intimacy brings two people closer together to the extent that participants feel a deep sense of euphoria, afterward. However, a mere mention of the word ‘birth control’ and the whole mood can come crashing down. Nonetheless, it’s an important topic, which is why if you haven’t already done so you should head over to the Forest Hills Medical Services site today.

What we must, therefore, bear in mind is that if we aren’t ready to raise a family, contraception is a necessary discussion and one that all couples should at least consider. Indeed, failure to address unplanned pregnancies can lead to even tougher discussions later. In fact, it’s much more romantic to get the topic out of the way sooner than later.

And if you get your contraception right then it needn’t get in the way of the romance. There are even some who feel that having a definitive understanding, going into intimate moments can enhance the mood while bringing you and your mate even closer. Now that we know why birth control matters, let’s look at your options.

1 – Condoms as a Contraceptive

Condoms are perhaps the most widely known option when it comes to contraception method, and this could explain why so many adults choose this option. Furthermore, they also happen to be inexpensive, non-invasive, cheap and easy to carry around and use with no long-term consequences. Of course, the downside though is that they need to be taken out and put on and that they numb the sensation and require a pause in the build up to your big embrace. After the coming of women condoms in the market, most women are using this method as one of the contraceptives options.

2 – Birth Control Pills as a Contraceptive

The contraceptive pill is an alternative solution that is well suited to long-term couples who have been dating a while. Here the woman will use the pill to prevent getting pregnant, and this will do away with the need for condoms after you have both been tested for STDs. However, it’s important to note that contraceptive pills will only protect you from pregnancy – not from STIs -so they aren’t a condom replacement. Additionally, it’s important to remember that pills can cause hormonal changes and may not be suitable for those who are overweight. They can be used, along with condoms to diminish the likelihood of an accidental pregnancy further.

3 – Using a Intrauterine Device (IUD) Implant as a Contraceptive

If you struggle to remember to use the pill but are confident you won’t want to get pregnant within the next few years, then an implant is a suitable alternative. Of course, not every woman is comfortable with the idea of a device being implanted in her uterus. Namely, those that prefer not to use IUDs have concerns about pain and any side effects that the devices may cause.

Now that you know three of the most common birth control methods, it’s time to dim the lights.