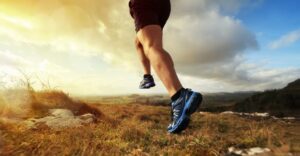 Leading a healthy life without including physical activity in your routine is quite difficult to achieve. Practicing sports regularly can be considered one of the fuels that the human body uses in order to function the way it should. The movement represents life itself, and sports are contributing to a greater life expectancy, to a healthier life, and – implicitly – to a stronger mind and a stronger body.

The attention of the entire world is no longer focused on the role of physical education, which is a huge mistake and the effects are observable: obesity is starting to be a worrying issue in today’s society, people lost their motivation to engage into physical activities and technology took over our everyday activities.

Unfortunately, since the world is marked by modern tech, by virtual realities that chain people to their desks and other closed spaces they live in, the human race is slowly departing from nature, from people rebounding with their own bodies. The fact that many children and teenagers these days are emerging into the world of tech and they have all opportunities right in front of a device’s display made them forget about the implications of sport and physical activity in general. The goal of technology is to make everything immediately accessible to the large public, to reduce effort to an extent that you no longer have to do anything at all because devices and software will do it for yourself. This is an alarming signal and should be taken into account before it is too late. Science is the one that sits behind the lack of people’s physical activities and these are some motivator factors to bring back the fuel that used to make everyone care about their health more:

It is well-known that regularly practicing sports influence each structure of your body. This doesn’t have to be scientifically proven in order to represent a reason why you should engage in physical activities more often. Yet scientists have found that people who do lead an active lifestyle have longer telomere lengths. These lengths can be defined as a sequence that repeats itself with the purpose of constantly repairing the DNA of a person. Without healthy telomere lengths, the body cannot protect the ends of the chromosome the moment when cell division is happening. Once time passes and people become older, the telomere lengths become shorter. The physical movement has a positive impact on the chromosomes and, therefore, can influence one’s lifespan. Less time spent, inside doing nothing at all, has a direct link to how much time you are going to be alive.

The second motivator factor that will surely cross your mind next time you decide whether to go for that jog or not is related to your metabolism. Stimulating your metabolism to work at its full capacity can be done through physical movement and a balanced diet. Increasing muscle mass efficiently and burning the right number of calories during a day are strictly related to how your metabolism works. Science proved repeatedly that the metabolism of a person gets slower and slower with age, so it’s highly important to maintain an active lifestyle throughout the passage of time. Regular physical activity can also be helpful for older people in terms of avoiding the development of serious illnesses, such as diabetes and associated obesity.

It is proven that there is a direct connection between practicing sports and producing endorphins. These are neurotransmitters that are fully synthesized in the brain. Neurotransmitters have receptors throughout the whole body of a person. They play a tremendous role in sleeping well, in appetite control, in body temperature regulation and even immunity. Endorphins are also called the hormones of happiness and this is due to their capacity to regulate mood, remove anxiety, tension, depression etc. These are released mostly through dancing (you can visit the site to find out more about this topic in particular). The correlation with physical activity comes from the amount of cortisol (the hormone of stress) you consume while involving yourself in body movement. An active life means more endorphins which will later turn out to be the reason for a greater happiness.

The Ideal Limits of Body Weight

This is more like a social motivator rather than a scientific one, but they can be somehow connected. Today, the influence that media has on people is uncontrollable. Girls out there started to starve themselves and develop eating disorders to look like the supermodels they see on the Internet or on Television. Boys are struggling with self-confidence because of the influence of the pornography industry. Media is a very powerful tool of mass-control. What does this have to do with physical movement? Well, if a healthy lifestyle would be promoted instead of innate beauty itself, people would get more comfortable with their own bodies and would understand that health is much more important than looks.

And with a healthy body, there will come beauty. Overcoming self-consciousness by practicing sports and becoming better all for yourself instead of comparing to others is the main goal everyone should have in mind. The ideal limits of body weight promoted by the society should be simple motivators, not guidelines for how to live your life. Try to be healthy for yourself and give your best to achieve that active, stress-free lifestyle that everyone should be aiming for.

The Mental State of People Nowadays

Physical activity proved to develop the sense of reaction, reflection, and rapid thinking. The mental state of a person can be entirely helped by practicing physical activities, taking into account the motivators mentioned above. Correlated with a balanced diet and positive thinking, this represents the Holy Trinity of a healthy mental state. Science proved that the existence of activity in people’s lives can entirely change the way they feel. It is up to people how they are responding to all the studies and researchers that encourage including physical activity in their routine.

5 Questions You Should Ask Your Dental Team