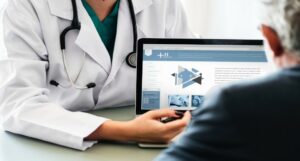 2018 has been a year of breakthroughs in the technological sphere. The healthcare realm has benefited a lot through new innovations that are guaranteed to change the health realm significantly. There has been new innovations, remarkable events, and even new discoveries. As the year comes to a close, it is important to take note of some of these breakthroughs. The following are five remarkable innovations, events, and discoveries of 2018 in the health realm.

Cancer has devastated the world for the past decade. The disease has become the main focus of most institutions around the world as vaccines, treatment options and remedies are being sought for the disease. Among the most exciting things to happen in 2018 is the start of cancer vaccine human trials. The Stanford University recently discovered a vaccine that was capable of eliminating tumors in mice. The human trials were announced this year and there is a lot of hope and expectation from the results that come from the trials.

Research in the field of detection has been ongoing for a very long time. Up until recently, detection technologies made for the biomedical, pharmaceutical, biotechnological, and basic research laboratories have been basic. In 2018 though, major breakthroughs have been made in detection technology and companies are now actively creating tech products that aid in the analysis of molecular substances. Everything from microplate readers and microplate washers now benefits from advanced innovation.

In recent years, the issues of drug-resistant bacterial strains have given many researchers headaches. In 2018 though, it might just be the beginning for bug-resistant medicines. A new antibiotic teixobactin was created this year by researches in the University of Lincoln in Britain. The testing for the drug has already been done on mice with success being recorded. While testing on humans has not yet been done, the drugs have definitely shown potential and in few years to come, it will be a totally new landscape because of these drugs.

2018 saw the first ever double face transplant being done in France. For many years, surgery that involved the transfer of a face to a patient was a single affair. This was due to the complex and delicate nature of the process. The ability of the French surgeons to perform a double face transplant when the first transplant became unviable was thus a breakthrough. This achievement marked the beginning of a new era where the prospect of re-transplantation is now possible.

Over many years, birth control research has mainly focused on the female realm. There are numerous pills and other remedies for women who want to do family planning. For the male counterparts though, the solutions have often been limited. 2018, however, saw the development of experimental pills for male birth control. Even though trails are yet to be done, the pill promises to be a viable and breakthrough option for male birth control.