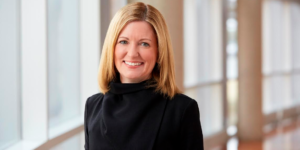 At Dell’s recent Analyst Summit in Chicago, I had a sit down with Karen Quintos, the company’s EVP and Chief Customer Officer (CCO), and I always find my meetings with her fascinating. Quintos is one of my favorite people in that she is focused, plain speaking and gets to the point quickly. Plus, her views on preventing abuse, particularly against women, align with my own. Michael Dell also shares the view that something dramatic needs to be done to prevent the kinds of issues in the tech industry that have been covered in books ranging from Brotopia to the more recent Lab Rats. Those talk about abuse at scale, misogyny as a policy and other reprehensible and unacceptable behaviors that are common, particularly in young firms.

One of Quintos’ efforts is the organization Women in Search of Excellence, a global networking group with around 6,000 members that spans 40 countries. Another interesting project was helping Dell become one of the first companies to actively support Catalyst’s Men Advocating Real Change (MARC).

Let’s talk about women in technology and how Karen Quintos and Dell are helping drive real change into the industry.

The Problem With EEOC

Back in the 1970s, the US Government in its infinite wisdom drove into the county the Equal Employment Opportunity Commission (EEOC) which was, as most government actions are, long on hope and extremely short on fixing the actual problem. What was needed was a change in how the dominant male management infrastructure perceived women and other minorities, what it did to achieve that end was try to force behavior which had some nasty side effects.

First, it tended to drive zero tolerance policies which are incredibly stupid because it takes management out of managing. People make mistakes, but draconian punishment makes people feel they are being mistreated. Plus, those policies tended be unevenly applied where men who were powerful were either given a pass or the policy was used as an excuse to terminate people who those in power wanted to get rid of.

The EEOC also forced things like quotas which tended to get unqualified candidates into senior jobs. Those people were then side tracked into positions without actual authority. So, it looked like the firm was complying with diversity regulations when, instead, it was just creating a defensible image.

When women and minority candidates were pushed up into executive positions but then poorly mentored and either walled off from being able to do material good, in the situation was unwinnable for everyone. But it was especially unpalatable when they were provided less mentoring or assistance than their male counterparts.

Over time, this “gaming the system” led to situations that were untenable and even extreme. Most recently, as the book Brotopia painstakingly documented, women were abused at scale, including being informed that if they wanted to advance, they needed to sexually service their managers. In many ways the result of EEOC and follow on government efforts didn’t make companies better for women and minority candidates; they made them far, far less safe.

I had a chat with Michael Dell some months back on this topic. He told me that at Dell if someone misbehaves and abuses a co-worker, they are not only terminated but their story is published and circulated in the firm (with the names removed). That serves to remind the other employees that this behavior has extreme consequences including having the firm come after them to the full extent of the law.

In talking with Quintos, she agreed with me that the core to any solution is to assure the abused demographic, in this case women, receive an extra ordinary level of protection. Dell executes this protection not only inside the company but through its Dell Capital (VC) arm which fully recognizes and respects women-run businesses. That stands in sharp contrast to the type of VC highlighted in Brotopia; firms often demand sexual favors from women in order to provide funding.

Both Michael Dell and especially Karen Quintos are passionate about their efforts to make the world a better place for their daughters and colleagues and are setting an example of how exactly you go about doing that.

More than a few people focus on doing the minimum and on creating the impression of progress rather than really progressing. I think such efforts are largely a waste of time and resources. My view is that anything worth doing is worth doing well and this view appears to be shared by the leadership at Dell.

Both Karen Quintos and Michael Dell are examples of how you go about driving needed change. They not only showcase best practices but also qualify as a shining example of how others should behave. Their efforts with regard to women in technology are driving real change and I’m proud, and a little humbled, to have been given the privilege to know both of them.

In the end, you drive change by changing how people think and you achieve that through example and a careful combination of appropriate reward and punishment. At Dell, this is driven from the top and permeates the company, making it likely one of the safest places for women to work in technology. That’s a powerful accomplishment and one that I think other firms should learn to emulate for the good of humanity. Something to think about during this holiday season…

The 5 Most Remarkable Healthcare Innovations, Events, and Discoveries of 2018

The EU is failing Greek children by ignoring harmful smoking