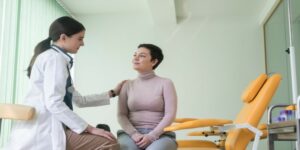 Cancer is one of the world’s most destructive and damaging illnesses, affecting millions of people per year in every corner of the globe. Caused by the mutation and uncontrollable growth of cells, cancer can vary in both severity and location based on lifestyle choices and situation, with Cancer Research UK finding that 38% of cancer cases are preventable based on data from 2015.

Of those who do get cancer, the most common three treatments are chemotherapy, radiotherapy, and surgery – though options tend to be limited depending on the location of the cancer. As a brief overview, chemotherapy involves the taking of drugs designed to inhibit the growth of the cancer, radiotherapy is the use of photons to kill the cancer cells directly and surgery physically removes the cancerous material but there is actually a new type of treatment that has come to UK shores – proton beam therapy – and it’s had great results.

What is Proton Beam Therapy?

Proton beam therapy is an adaptation of radiotherapy that uses the same principles but removes many of the adverse effects involved. The therapy involves ‘firing’ protons (instead of radiotherapy’s usual choice of photons) at the cancerous tissue whilst it’s inside the body, killing it and preventing the mass from growing further.

The process involves quite expensive equipment due to the extremely accurate imaging software required to focus on the tissue correctly, but the new cancer treatment also utilizes state-of-the-art software to perfectly target the afflicted area, resulting in unrivaled accuracy. Proton beam therapy has been extremely successful across the UK so far, with multiple positive stories from the several proton beam therapy cancer centers throughout the country. The introduction of the new approach appears to be having an impact and we can safely assume that the treatment is only going to go from strength to strength.

The Advantages of Proton Beam Therapy

Radiotherapy uses the photons to kill cells but each of the photons can (and often does) travel further than the cancerous tissue, meaning that they also damage healthy tissue around the cancer. This damage can have serious side effects including hair loss, tiredness, loss of appetite and nausea. Proton beam therapy is able to utilize the unique traits of proton particles to specifically target the cancerous material, ensuring that the protons stop when they reach a designated point. This level of accuracy drastically reduces the risk of adverse side effects and healthy tissue damage, to the extent that many patients report having few to no side effects at all.

One of the other major advantages of the new treatment is its location. The cancer centers offering proton beam therapy are strategically placed to ensure they are within 90 minutes of most of the UK population. This allows patients the ability to go for their regular treatment without needing to travel extreme distances or rent a hotel; furthermore, recovery time is assisted by enabling patients to stay in their relaxing home environment as opposed to more stressful hospital beds.

Finally, a third notable positive of proton beam therapy when compared other traditional cancer therapies is that the accuracy of the process enables higher dosages. With a higher concentration of protons being applied during each session, it can take fewer treatments to see positive results, whilst still reducing the risk of damage to healthy tissues.

Overall, proton beam therapy appears to be a promising development in the field of cancer treatment that could save many lives whilst avoiding the challenges that other traditional techniques can be plagued with.

There’s A Secret to Retaining Employees

Most Reliable Healthcare Websites You Can Trust in 2019