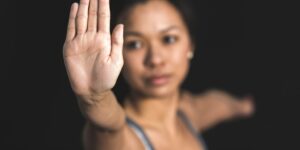 The human body, on average, is anywhere from 50-65% water. The brain consists of around 70% water. When you view water from this perspective, it’s pretty clear why drinking plenty of water a day keeps you healthy and functioning. Keep a Kool8 water bottle on hand to ensure you’re getting plenty of fluids, and you’ll start seeing some significant, positive changes.

When it comes to drinking water on a consistent basis throughout the day, the changes to your skin can often be one of the most rewarding aspects of this change, because your skin is one of the first things you see every day when you look in the mirror. Not to mention, these changes can happen fast. Drinking water more frequently not only means your skin is well-hydrated, but because it’s well hydrated it’s able to function more effectively. Dry skin starts to clear, skin becomes more plump and full, instead of tight and dehydrated, improving the appearance of fine lines and wrinkles. Harsh, bitter coffees and sugary sodas can actually induce redness in the skin. The overall texture of the skin is also able to improve because hydrated cells are healthy cells. General breakouts can be eased (not necessarily for acne-prone skin) because the cells are healthier and able to fight bacteria better.

Kidney function relies on fluids to run toxins out of your body. Drinking water literally helps you flush those toxins out through your kidneys more quickly and more effectively. Drinking sugary beverages means you’ll have a hard time filtering other substances out of your body. When your kidneys are able to flush out toxins effectively, those toxins leaving your system are having all kinds of effects on your body, in the best way.

Drinking water before and after meals is known to help improve one’s metabolic state. One study showed that drinking half a liter of water actually increased the participants’ metabolic rates by 24-30%, and this increase lasted for a good hour and a half. Boosting one’s metabolism affects how their body effective utilizes energy, which ultimately leads to weight loss. It’s also been revealed that by drinking a cold glass of water half an hour before eating a meal, the increase in metabolic rate helps energy consumption during a meal.

It’s often been said that drinking a full glass of water before a meal not only helps boost metabolism (see above), but helps stop us from overeating. You won’t feel full from the water, but by the time you’re eating, your stomach will let you know when you’re full and it’s easier to avoid overeating. It also helps to eliminate cravings, because when you reach for a glass of water instead of a candy bar, you’re not filling yourself with unnecessary and unhealthy calories, but rather, hydrating yourself and curbing that sweet craving you were experiencing. When you feel full, you don’t overeat.

Because water helps our bodies function effectively, staying hydrated keeps you more alert and more awake, which naturally keeps you sharper and maximizes your mental faculties. As we first mentioned, the brain is predominantly made of up water! Water not only decreases the intensity and probability of having headaches but can also improve one’s mood. Fluid loss and dehydration can ultimately negatively impact memory in addition to mood and mental performance. You can learn faster, learn more, decrease time spent on tasks, and generate better material when you’re hydrated and keeping your brain functioning at its best.

How To Use Dried Ginseng Root

Top 3 humidifiers for your bedroom