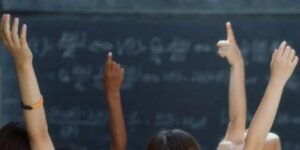 “Early to bed an early to rise, makes a man healthy, wealthy and wise,” is a statement we have been hearing for decades. While there is no denying that waking up early has its own benefits, reports indicate that going to school early is not the best option.

According to reports, around 40% of schools start at 8:30 in the morning and around 20% start at 7:45. While students are used to going to school this early, latest reports indicate that this is too early to report to school since our brain does not start to function right after we wake up.

A student has to wake up an hour or two before he has to report to school. This means a normal student would be up by around 6AM, after which he’d take a bath, get ready, have breakfast etc.

The student is doing too many things too quickly and all this results in jumbled thoughts. As a result, the brain is not fully active when they reach school.

During the first period, a large number of students are not even paying proper attention during the class since they are exhausted or sleepy. Experts say that it is important for students to sleep for at least eight hours, but most students do not get to sleep for that many hours. If schools started at around 10AM, students would have more time to sleep and they’d also be much more fresher when they reach school.

Schools in South Korea have started to follow this new trend and many schools now start late. However, no such changes have been implemented in the US yet, even though experts are calling for it.

Reports indicate that starting school later, would not only result in students being more attentive, but it would also make them healthy and allow them to gain more knowledge.

What Science Has to Say About it?

If high school were to start later in the morning, students would improve in school in many ways. According to Anne Wheaton who works as an epidemiologist at the Centers for Disease Control and Prevention (CDC) in Atlanta, Ga. and who is known for researching the causes of health problems due to lack of sleep in teens, says that going to school early might lead to health problems.

She, along with her colleagues, surveyed around 40 thousand public schools in the U.S and concluded that regular activities such as games and work, spending time with your family after dinner, may make it troublesome for students to retire to bed as early as 10:30 or 11:00 pm. And even harder to wake up at 6:00 am in the morning because average time for starting of schools is 7.30 am. This unbalanced sleep pattern damages their health and hence many students are not able to perform well at school.

Schools starting so early leaves students with no spare time at all, therefore, students should be given a little relief in between such a hectic schedule so that they could relax a bit and reenergize to work further.

Taking adequate sleep and frequent breaks between studies can prove to be very beneficial as well.

Let Them Know You Care! 10 Tips On Educating Your Teens About Mental Health

Easy outdoor entertainment tips for everyone